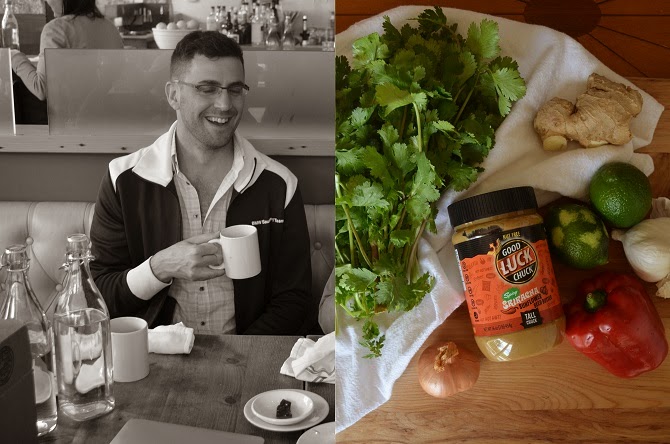 
"The man explained that his Pontiac broke down 5 miles back and he was just trying to get his daughter home.  Together, we strapped the baby into my daughter's car seat and covered her with a dry blanket.  Then I drove the man home.  He didn't say much on the drive.  Perhaps he was embarrassed at the situation in which he found himself.  But he thanked me when we arrived at his house, and we exchanged numbers to keep in touch..."

The waiter interrupted us again.  Were we ready to order?  I quickly went down the menu and decided on Goat Gouda Gougères, which the waiter assured me were amazing with the house made tomato soup.  (They were!) 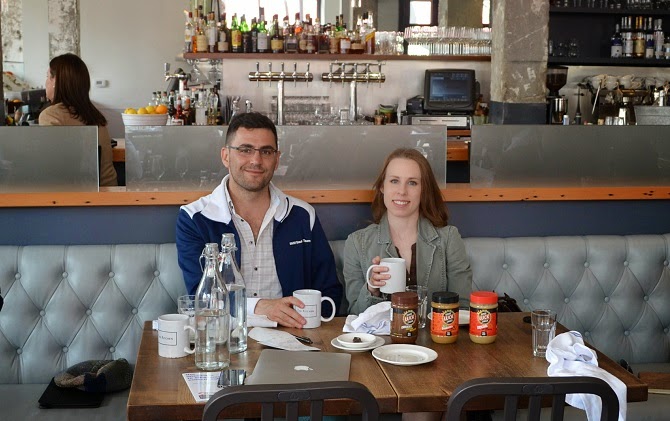 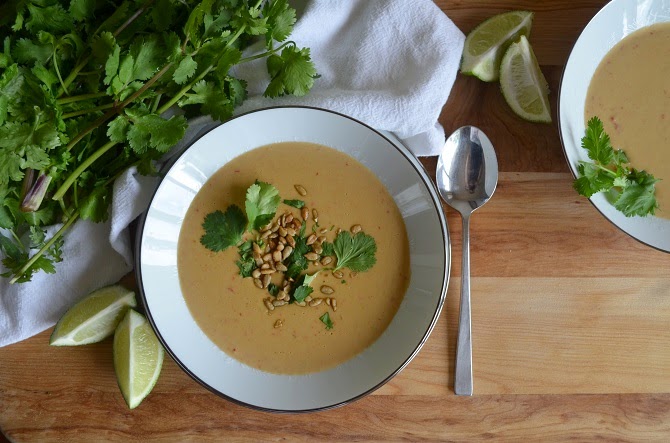 But, back to the tale at hand.  This single experience touched my friend in a way that would  change his entire life and eventually lead him and his wife to Boulder, CO where they formed their company, Good Luck Chuck LLC.  But I'm getting ahead of myself.  First, it brought him perspective.  "What's different between this man and me?"  He puzzled over the question for weeks.  "Why is he so down on his luck?"

And what he kept coming back to were basic human needs.  The foundation of  Maslow's Hierarchy of Needs.  Clothing, shelter and food.  This man had clothing, and he had a house, but what he lacked, my discerning friend concluded, was good, wholesome food.  Real food that  nourishes and sustains.

Out of this chance meeting a friendship was born, and they still keep in touch to this day.  Where one brought kindness at a time when it was needed most, the other brought perspective, a new way of looking at the world.  If you ask me, it was a stroke of very good luck for both.

And that's the story of Chuck - the stranger in the rain who needed a little good luck.  And the one to whom I spoke was Aaron Ekalo, the creator of Good Luck Chuck, a brand new sunflower seed butter that's free of peanuts as well as the other top 8 allergens.  Because of Chuck, Aaron saw the need to bring real, allergy-friendly foods into the under-served markets and food deserts, making it accessible to other parents, like Chuck, who are just trying to survive.  And, if you know me, making real food accessible is where our passions align. 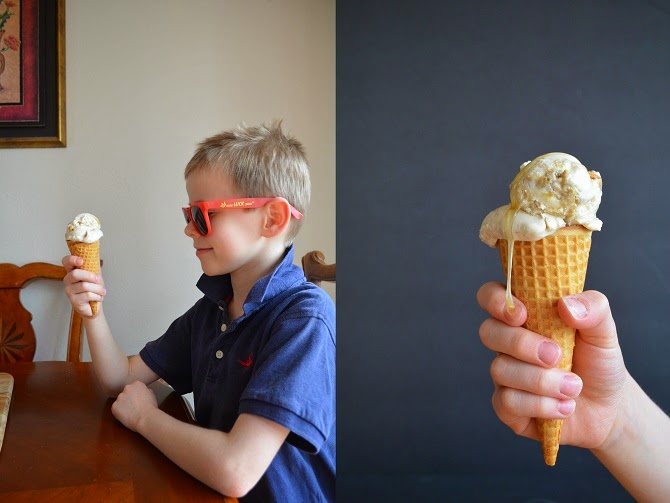 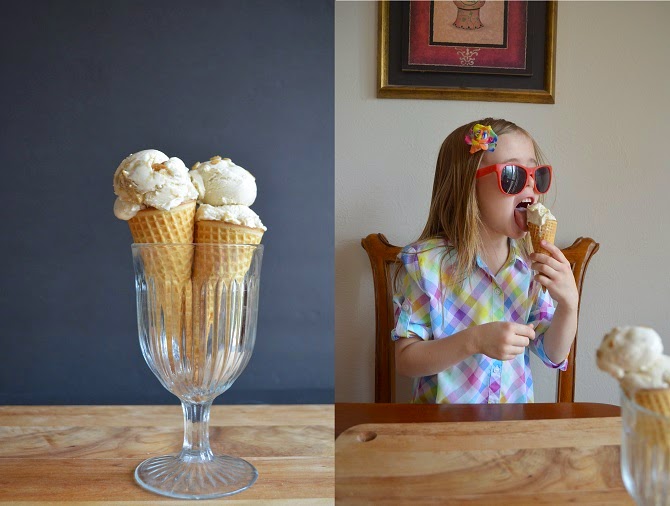 It had started to rain - nothing like that rain in Florida - but still, as I drove home with a box of Good Luck Chuck in the back seat and some fancy red sunglasses for my kiddos, I couldn't get Aaron's story out of my mind.  What struck me most about our conversation was Aaron's genuine concern for others.  See, his kids don't have food allergies, but with many schools now going peanut-free, he saw the need to provide a safe, wholesome alternative for everyone.  And by doing so, he's opened up a whole new world of possibilities for families like mine.  Families who can't grab an ice cream cone after the ballgame or order take out from the Thai restaurant down the street.  Because even if we order foods that don't contain my kids' allergens, the possibility of cross contact is still too great.

That evening I knew exactly what I wanted to make for dinner.  A Sriracha Thai soup using Chuck's Sriracha sunflower butter, that was inspired by a Spicy Thai Peanut Soup which I first had in a little restaurant in Florida many years ago.  Later I made Sunflower and Honey Swirl Ice Cream with Fleur de Sel.  As a kid, I loved peanut-butter and honey sandwiches.  This ice cream plays on the same flavours.  It's laced with ribbons of sunflower butter and honey, but the fleur de sel (which Aaron & I both agree improves just about anything) takes it to a whole new level!  The kids couldn't get enough.  And, as a side note, we discovered that even when it's raining, it nearly impossible to eat Good Luck Chuck without wearing his red sunglasses.  Go figure!  I hope you'll try these recipes for yourself!

Good Luck Chuck is currently available in Boulder, CO and in some stores in Denver.  With a little luck, it should be on grocery store shelves elsewhere soon.  Follow them on facebook  and visit their website for more information.

Heat the oil in a large sauce pan.  Add the shallot, bell pepper and garlic, and saute until soft.  Stir in the flour and cook a minute longer.  Whisk in the vegetable broth and coconut milk.  Bring to a simmer.  Whisk in the fish sauce, lime zest and ginger.  Cover and simmer over low heat for 10 minutes.  Puree the soup with a stick blender or in the blender.  Place back on the heat and whisk in the sunflower seed butter.  Bring just to a simmer.  Ladle  into serving bowls and garnish with cilantro, sunflower seeds, and a squeeze of fresh lime juice. 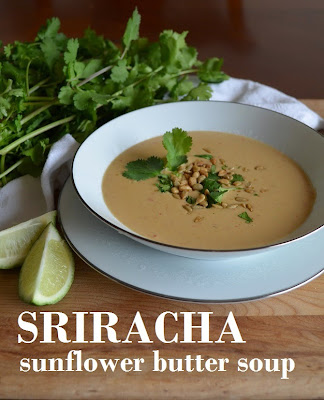 for the swirl:
3 Tbsp sunflower seed butter, softened (eyeball it)
2 Tbsp honey (eyeball it)
a couple pinches of fleur de sel or other French finishing salt

Pour the mixture into an ice cream maker and churn for 15 - 20 minutes, following the manufacture's directions.

If desired, garnish with honey roasted sunflower seeds and a drizzle of honey. 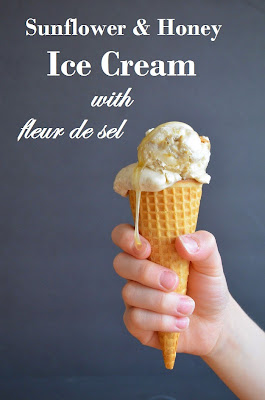