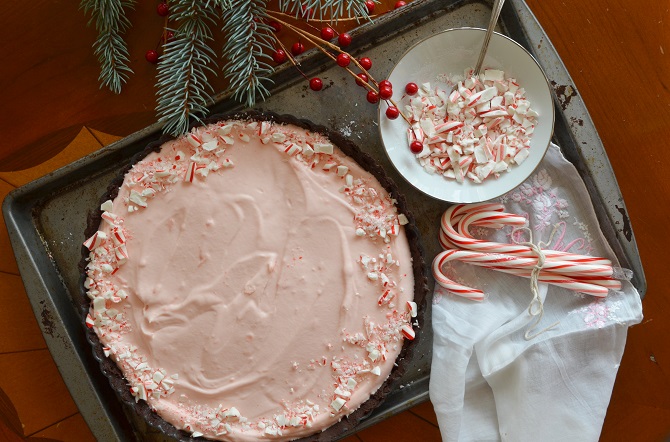 I meant to share these recipes before Christmas, but as always happens, the hustle and bustle of the holiday season, and the meal planning, cooking and clean-up that goes with it, took top priority...


I'm very good at over-booking my time.  I'm sure you were just as busy as I was, and it's just as well because these desserts are much more suited to make after Christmas, when, if your house is like ours, candy canes drip from the Christmas tree, marshmallows (for the marshmallow shooter my son unwrapped Christmas morning) are sitting around getting hard, and any number of Christmas candies are cluttering up the kitchen counters waiting to be eaten, or turned into a dreamy, wintery dessert.

December began in a flurry of icing sugar, snowy marshmallow fluff, winter-white whipped cream and cool peppermint candy canes.  It was my mother's birthday and I made her a peppermint bonbon tart.  It's a recipe that's been in our family for years, my grandmother used to make it for her when she was just a girl.  It's been passed down through the generations, and over time, forgotten.  I pulled out the time-worn card, made a few modern adjustments (like removing the shortening in favor of cream), and resurrected this family favourite for my mother's birthday.  This really is a candy tart through and through, from the solid chocolate crust to the candy cane laced filling.  And it's a perfect way to use all those Christmas candy canes!  Just be sure to use the red and white ones to get that gorgeous pink colour.  If you use the red and green ones your tart will turn out brown (though if you can find green and white candy canes that would be just as pretty!)  I had both so I used the green & red ones to garnish. 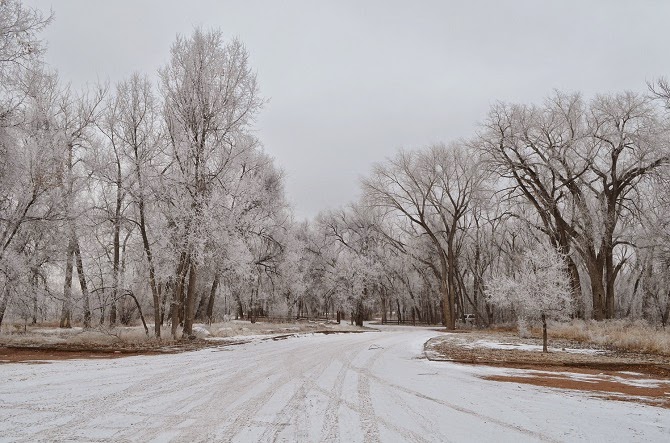 The candy-filled confections didn't end there.  A few days later there were the toasted marshmallow and coconut blondies that I whipped up after a chilly winter walk.  We live near a small wood with a stream that snakes through the trees.  It's a magical area just off the main road to our house.  If you make a right instead of a left you'll find yourself on a dirt road that leads to several little fishing holes among the trees.  I often see fishermen there, baiting their lines early in the morning when driving the kids into town to school every day.  On frosty winter mornings wisps of steam rise from the surface of the water and a cloud of fog hangs low over the trees.  As the sun rises, the fog melts away, leaving the bare tree branches frosted like sugar plums, and sparkling in the sun.  Tempted by the icy glazed wonderland and the sugar-fine snow, we felt a little like Hansel & Gretel as I turned right instead of left on that cold afternoon, drawn to the confectionery world deep in the forest.  It was going to be a short walk.  Just long enough to circle the largest pond.  But the sky was grey, the wind angry, and the snow was not soft or fluffy, but pierced like knives in the wind's sudden outbursts.  Not nearly the friendly world we saw from the car window, and our walk ended quickly.  We decided that on those days it's better to just stay inside and indulge our sweet tooth in front of the kitchen window. 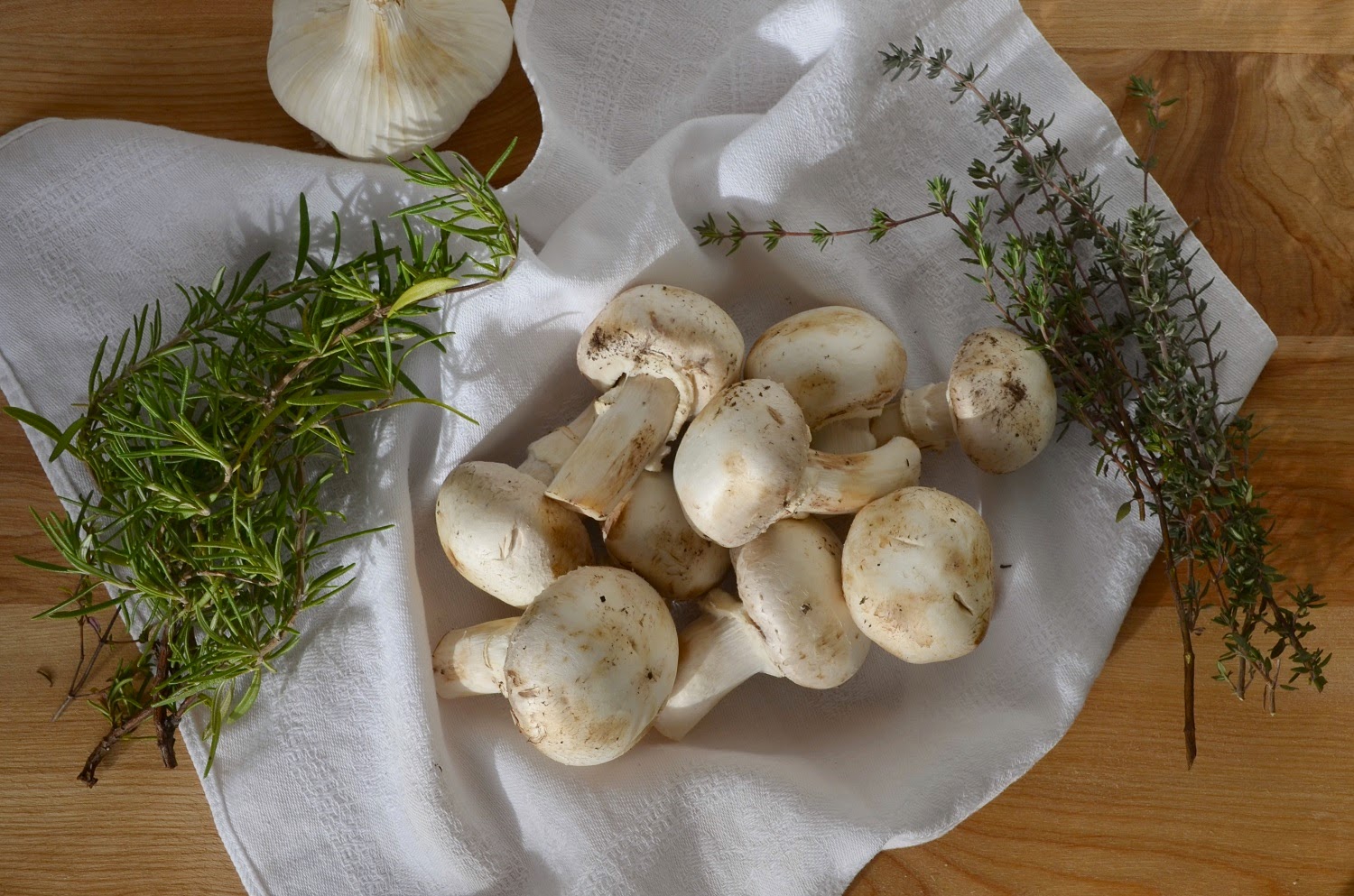 When it comes to comfort food I always think of Chicken Fricassée.  It reminds me of home, of hiking through a Colorado pine forest in winter.  Quiet.  The woodsy smell of thyme, the earthy aroma of mushrooms rise from the pot like mist from the forest floor.  Growing up in Colorado, these winter moments are what I miss most when I'm away.  The perfect stillness of a snowy morning.  The way the pine trees smell like toasted marshmallows and the way the air glistens with millions of microscopic snowflakes hanging suspended as if time itself has paused to take in the wonder of it all.  These simple experiences are what say "home" to me.  Which brings me back to Chicken  Fricassée.  It was one of the very first dishes I learned to cook from memory - and thank goodness, because I relied on it time and time again during my homesick years living abroad without a cookbook on the shelf.  It's a dish that encompasses every aspect of home - like the warmth that radiates from the kitchen stove on a quiet winter night.  I love to make a  big batch and share with family and friends! 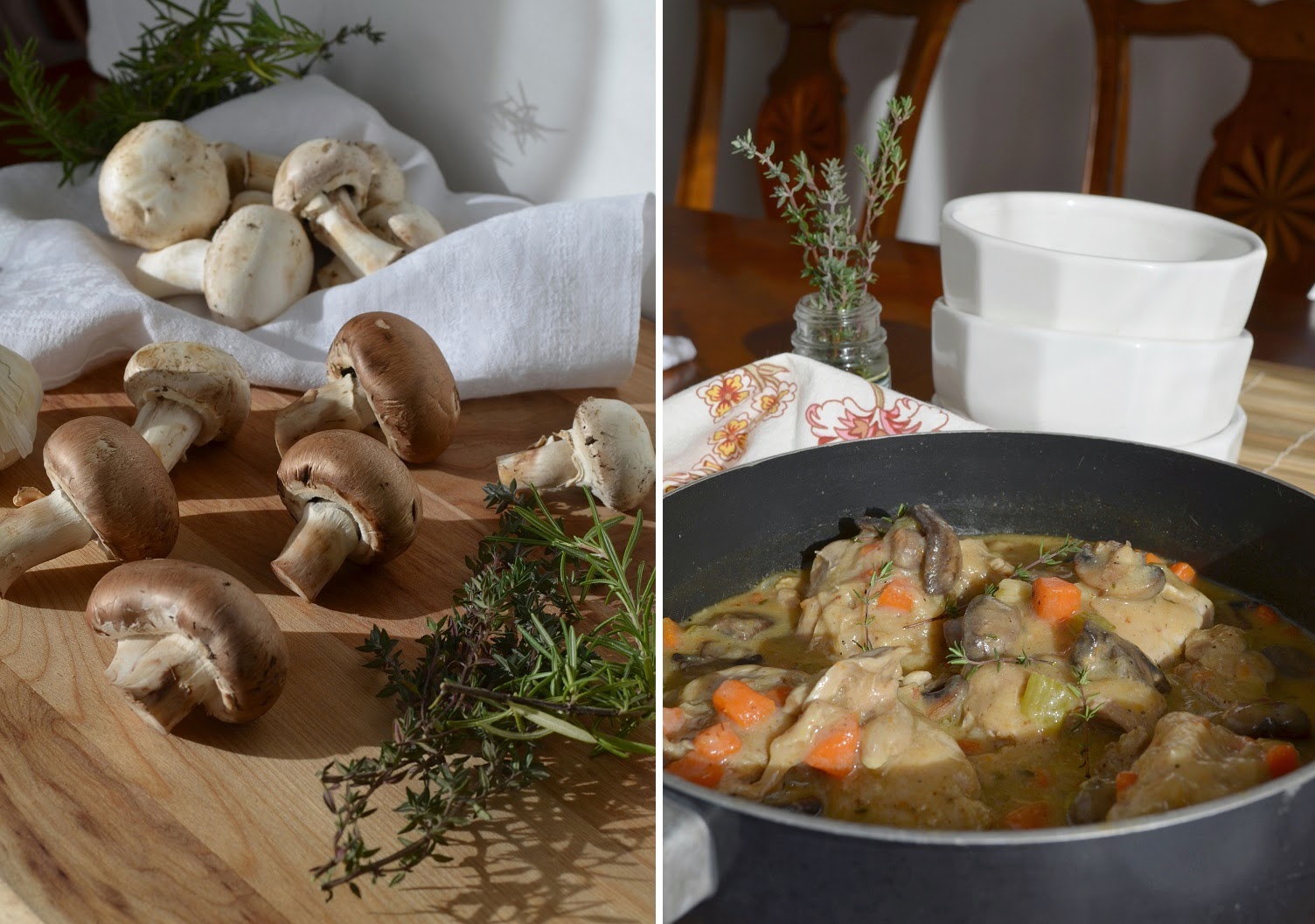 This is a dish that, though it's one of my favourites, I often forget about it, in favour of trying something more modern and ultimately less satisfying.  What is it about Chicken Fricassee that I like so much?  I ask myself.  Then I make it and remember.  The slow-cooked chicken melts in your mouth.  The mushrooms are meaty and full of flavour.  The luscious sauce coats every morsel and is the perfect pool in which to dunk a big, crusty piece of bread. Yes, it's comfort food at its best!