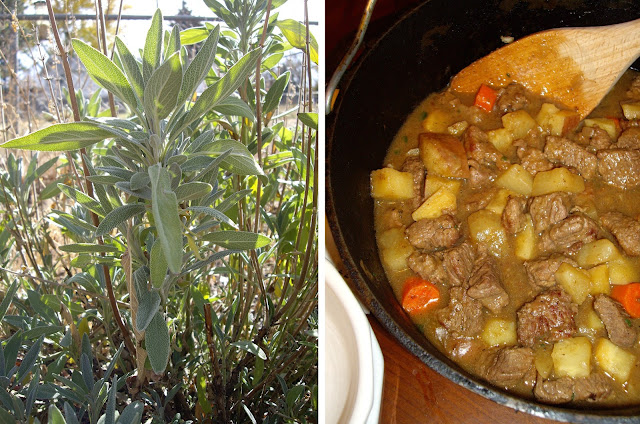 Toss the meat with the flour, salt, and pepper.  Heat the coconut oil in a large cast iron dutch oven over medium-high heat.  When the oil shimmers add half the meat and cook, turning occasionally until brown on all sides.  Remove to a plate and brown the remaining meat.  Remove all the meat to the plate and add the onions.  Stir scraping up some of the browned meat on the bottom of the pan.  When the onions are soft add the garlic.  Cook a minute longer, then add the wine and simmer scraping up any browned meat that is left on the bottom of the pan.  Reduce the wine by half, then add the beef stock, potatoes, carrots, celeriac, turnip, bay leaf, and Worcestershire sauce.  Bring to a boil and add the meat and the accumulated juices back to the pan.  Cover, reduce heat to low and simmer for one and a half hours.  Add the minced sage and taste for seasoning.  Add additional salt and pepper if needed.  Simmer 5 - 10 minutes longer.  Serves 6 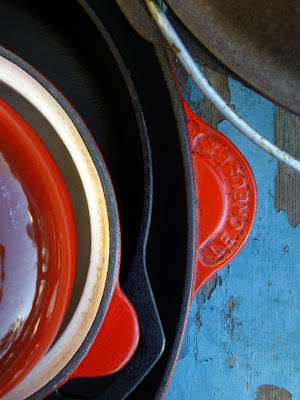