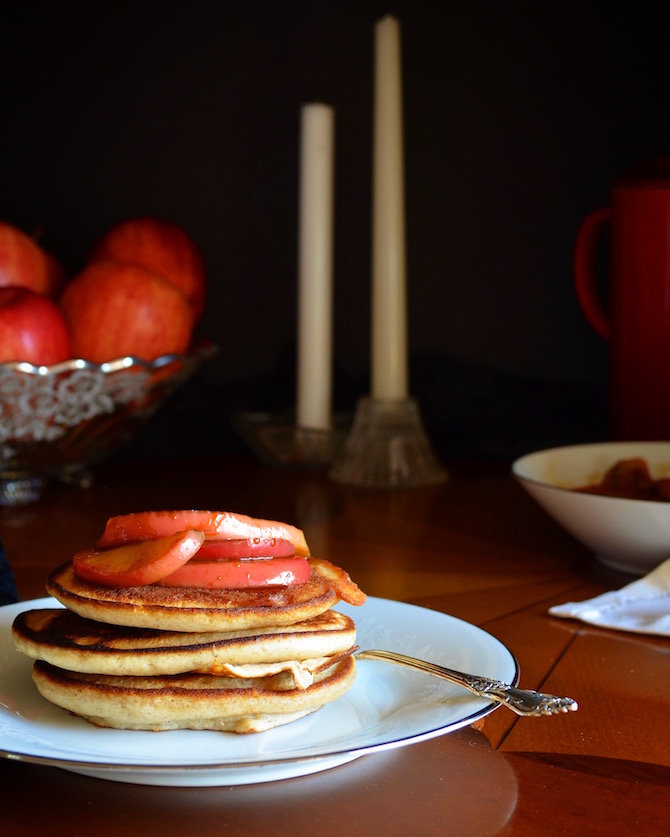 There are sheer, white curtains in my bedroom window and every November morning, when winter approaches and the sun is low enough in the sky, they defuse the sunlight so that my bedroom becomes a brilliant, pearlescent snow globe.  I get up much too early during the work week to see this everyday, but on the weekends I sleep until that ethereal light wakes me.

Why do I tell you this?  Because on those lazy Saturday mornings I love to linger in bed, propped up by a mountain of pillows with a notepad on my lap, mixing flavors on paper & concocting recipes in my mind to play with throughout the week.  This time is precious to me, almost like an extension of a dream, and I find I'm most creative there in those early hours, bathed in that beautiful light.  This moment lasts only 15 to 20 minutes before the sun moves on & shadows fall upon the white curtains again, but in that time I've come up with several different recipe ideas & a shopping list to take to the market later in the day, where I'll plan the rest of the week's menu.  Then it's finally time to throw on my robe and head upstairs to the kitchen where the late autumn sun is shining through a different set of windows and will continue that way through the rest of the day.  It's my very favorite way to spend a Saturday!

A recent player in these culinary daydreams has been Calvados.  In cocktails, of course, but also in compotes, cakes,  tarts, sauces and breads.  That rich, slightly bitter, apple flavour adds such complexity to both baked goods & savory dishes - I've already gone through two bottles this fall! Here's a simple recipe for Calvados Apple Compote - a favorite on pancakes but just as good on pork chops.  I've included the pancake recipe, too, because, more often than not, on those slow Saturdays, when I finally do make it to the kitchen, these are what I cook.  I hope you'll enjoy them as much as we do! 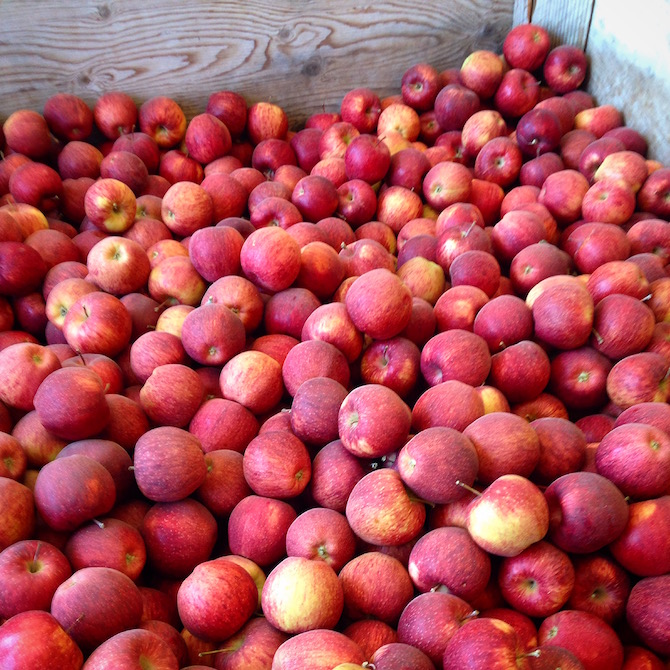 In a large bowl, mix the flour, sugar, baking powder, salt & cinnamon.  In a smaller bowl, whisk together the milk, eggs, butter and vanilla.  Add the wet to the dry and whisk until smooth.

Heat a large griddle pan or skillet over medium-high heat.  Add a pat of butter to the pan and spread it around with a spatula until it sizzles.  Using a ladle, spoon the batter into the pan.  Cook over medium-low until small bubbles form throughout the pancake.  Flip and cook for 30 seconds to a minute longer.  Transfer the pancakes to a warm serving tray or platter & keep warm while cooking the remaining batter.  I keep my platter in a warm oven.

Heat the butter in a medium sauce pan.  Add the apples and cook over medium heat, stirring occasionally until the apples start to caramelize.  Remove the pan from the heat and stir in the brown sugar, cinnamon, calvados, water and a pinch of salt.  Place back on the heat and bring to a simmer.  Cook until the sauce has slightly thickened, approx 5 minutes.  Serve over pancakes, waffles or even on top of pork chops.

Here are a few more of our favourite breakfast recipes: