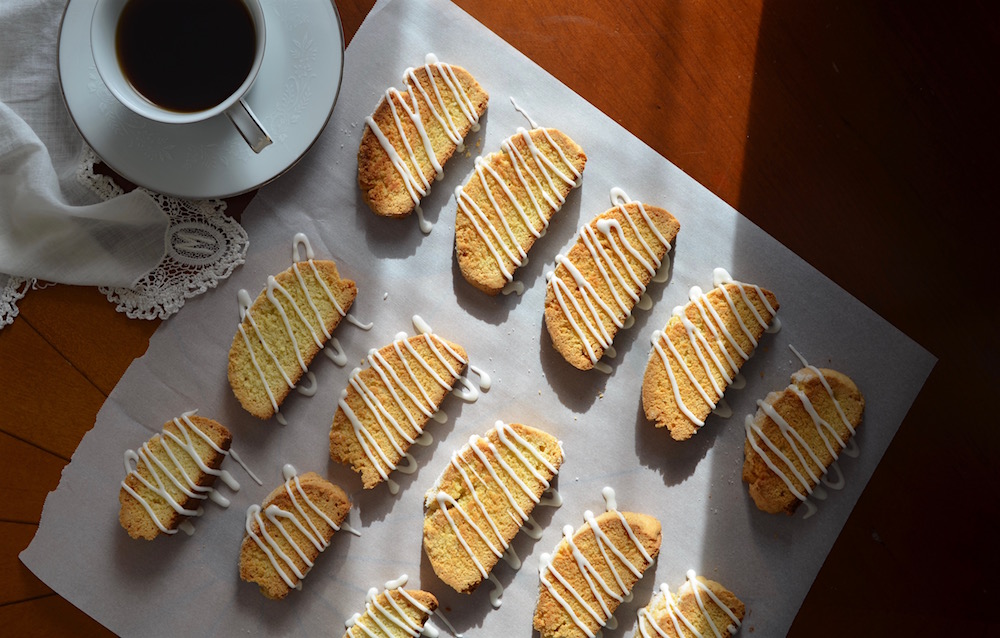 Is it just me, or does it seem like the whole northern hemisphere is buried under a blanket of snow this week?  This would be just fine with me except that instead of going back to school on Thursday like they were supposed to, the kids have had two consecutive snow days, officially making this the longest Christmas Vacation ever  - or at least it feels that way to me.  I've been working from home and spending countless hours on and off over the last two days with the snow shovel in hand, trying to kick this cabin fever, while the kids make artificial sledding hills out of the mountains of snow I'm dumping into our very flat yard.  I've discovered that it's through mundane activities like snow shoveling that my mind becomes its most creative and that's especially useful when you're snowed-in & haven't been to the market in almost a week.  I should have been coming up with creative ideas for what to make for dinner but instead I was daydreaming about what sweet treat I could whip together for a little afternoon snack - going through the contents of the (very bare) pantry in my head as the shovel scraped back & forth, up and down the driveway.


I decided on these simple biscotti because they're made with pantry staples and minimal effort.  And I added a little shot or two of spiced rum from the bar because, naturally, it's a known cure for cabin fever and the warm, spicy flavour reminds me of the rum balls we always make at Christmastime.  I glazed the biscotti with a rum-vanilla glaze.  If you're worried about serving them to kids, though, let the glaze harden first to evaporate most of the alcohol from the rum.  You could also substitute water or a little lemon juice if you want to leave the alcohol out completely.   I sprinkled these with vanilla sugar which I always have in the kitchen.  I make it by adding my old vanilla pods to our sugar dish and use it to sweeten my tea.  Use plain sugar, though, if vanilla sugar is unavailable.  Really this recipe is all about using what you have on hand. 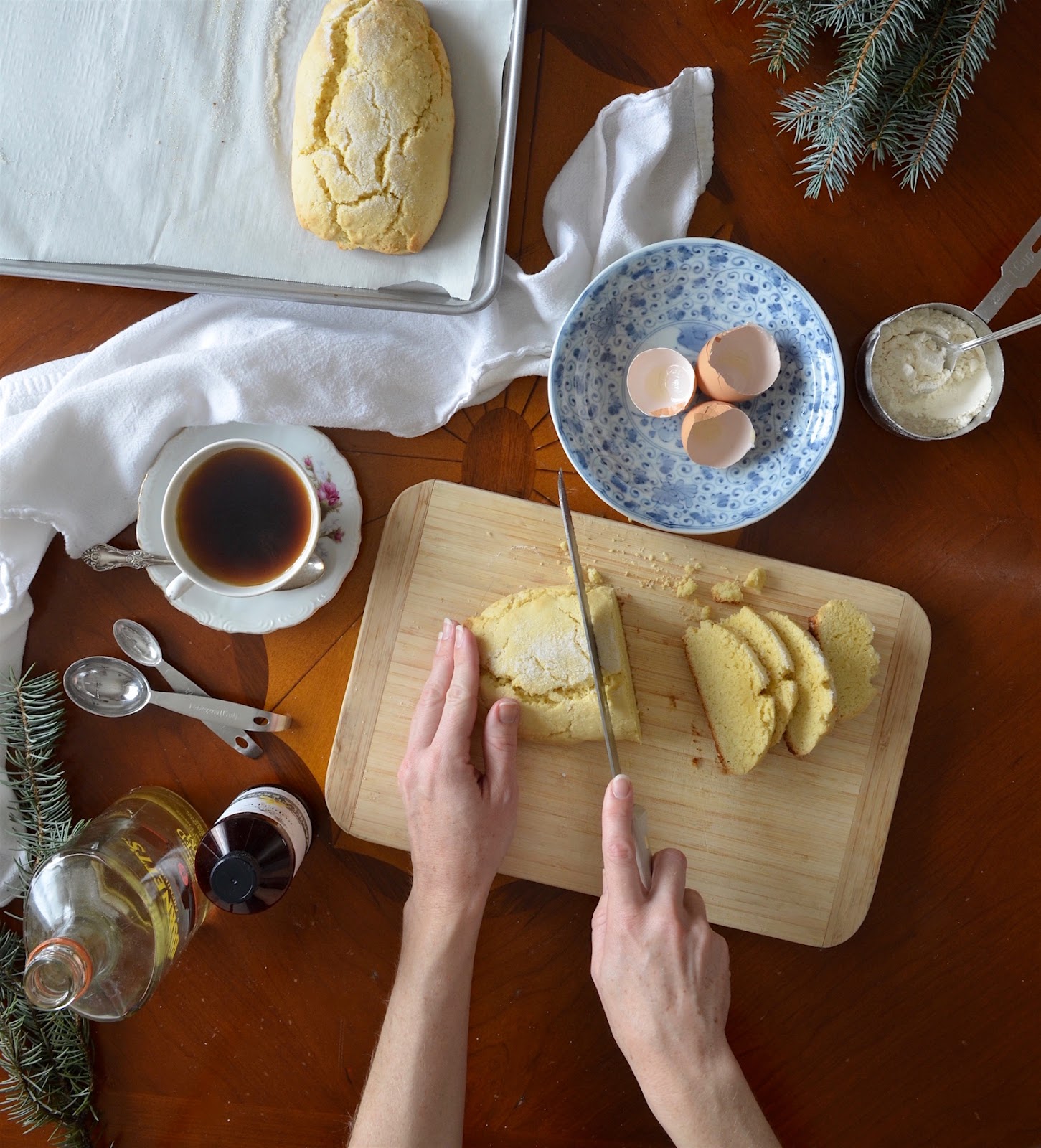 In a large bowl, cream together the butter & sugar.  Beat in the salt & baking powder.  Add in the rum & vanilla.  Add the eggs one at a time, beating well after each.  Add the flour and stir until just mixed in.

Divide the dough in half and shape each half into a long, low loaf on the prepared baking sheet. Bake the loaves for 25 minutes, or until they are slightly golden around the bottom.

Using a serrated knife, slice the loaves crosswise into 1/2 inch thick slices.  Place the cookies back on the baking sheet and bake for another 25 - 30 minutes.  Allow to cool completely before glazing.

To make the glaze:
Whisk together the powdered sugar, rum, water & vanilla until smooth.  Drizzle over the cookies. 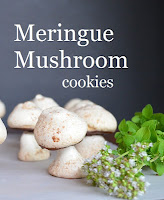