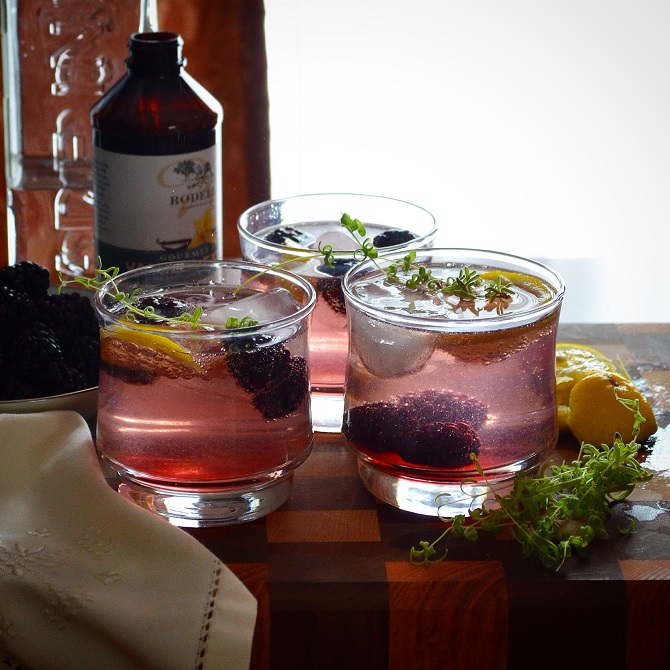 
As you might be able to tell from my absence here on the blog, the last few months have been so full, but in a somewhat meaningless way.  I have recipes stacked up to share but no words to put with them.  So there they sit, waiting for a day when Time stops buy to knock some sense into me.  I suppose all bloggers go through such a lull.

Yesterday, after work, I was feeling particularly guilty about this space.  I made a gin & tonic, and spiked it with a quick blackberry, lavender & vanilla syrup, when I got home.  What does it have to do with Time, you ask?  Absolutely, nothing.  Except this: as I was sipping it, a friend called to chat and, just for that moment, time seemed to slow down a bit, it became friendlier somehow, more forgiving.  And I was able to collect my thoughts.  Funny how a good friend and a good drink can do that.  So I thought I'd share the recipe with you, my friends, because if you've stuck with me this far, then really, you are a very good friend.

To make the syrup: Bring the sugar, water, blackberries and lavender to a simmer in a small sauce pan. Cook, stirring to dissolve the sugar, until the blackberries start to fall apart and the syrup is quite thick.  Stir in the vanilla and strain through a fine mesh sieve.  Cool.

To build the cocktail: Place ice and 3-4 blackberries in the bottom of a glass. Add 1/2 oz blackberry syrup.  Top with 3 oz gin, then pour over 3 oz tonic water.  Garnish with a slice of lemon. 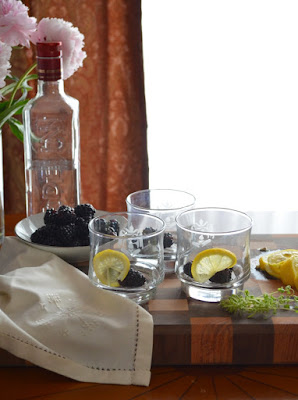