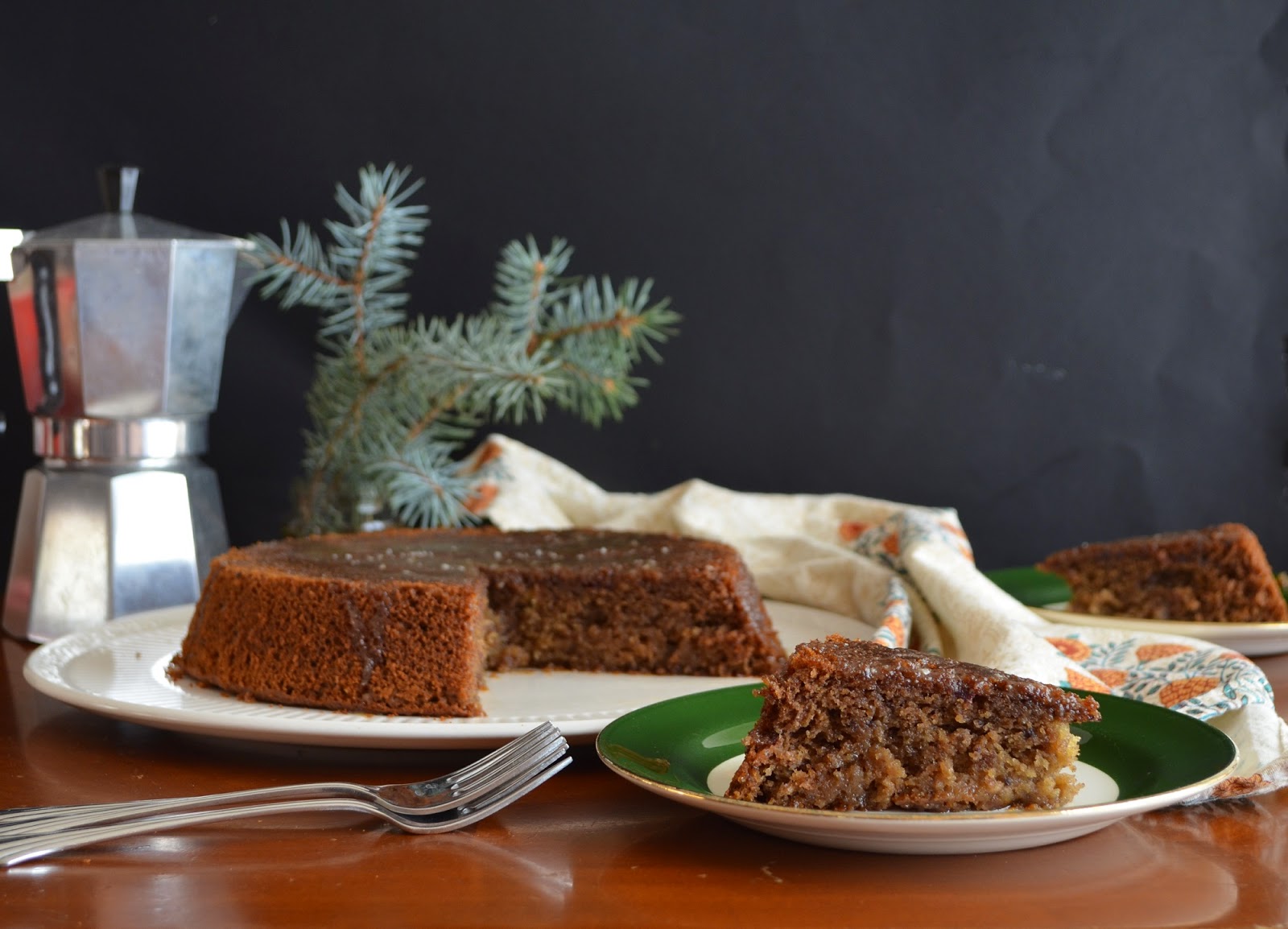 On our first date, my husband and I enjoyed a midnight snack of dates and red wine on a silk Persian rug stretched out beneath the April stars.  That rug, which he picked up in a market in Iran, is dusty plum with brilliant orange and blue flowers running across the surface like the fine lines of a calligrapher's pen.  It now hangs in our living room.  On the day he proposed, we took a trip to the mountains and celebrated with dates and champagne, which my husband served out of the bed of his pick-up truck in Waterford flutes purchased just for the occasion.  On our honeymoon in Las Vegas, we sent the hotel kitchen staff scrambling when we called room service to order a plate of dates and black coffee laced with cardamom late one evening.  The night before my daughter's birth we ate candied dates at a smoky, Middle Eastern restaurant, while belly dancers swished between the tables, they're coin belts and gold bangles clinking with the music.  A hypnotic whir of colour and sound.

It's amazing, the recollections which are conjured up by food!  Just one bite will flood you with a lifetime of memories!  So, it was for my husband, that I created this cake.  A love letter, of sorts, in so much as a cake can be called a love letter.  It's an homage to a food that has laced our years together.  Something that connects our past to our present, weaving us together like the fine, purple thread that runs through that rug.  The date. 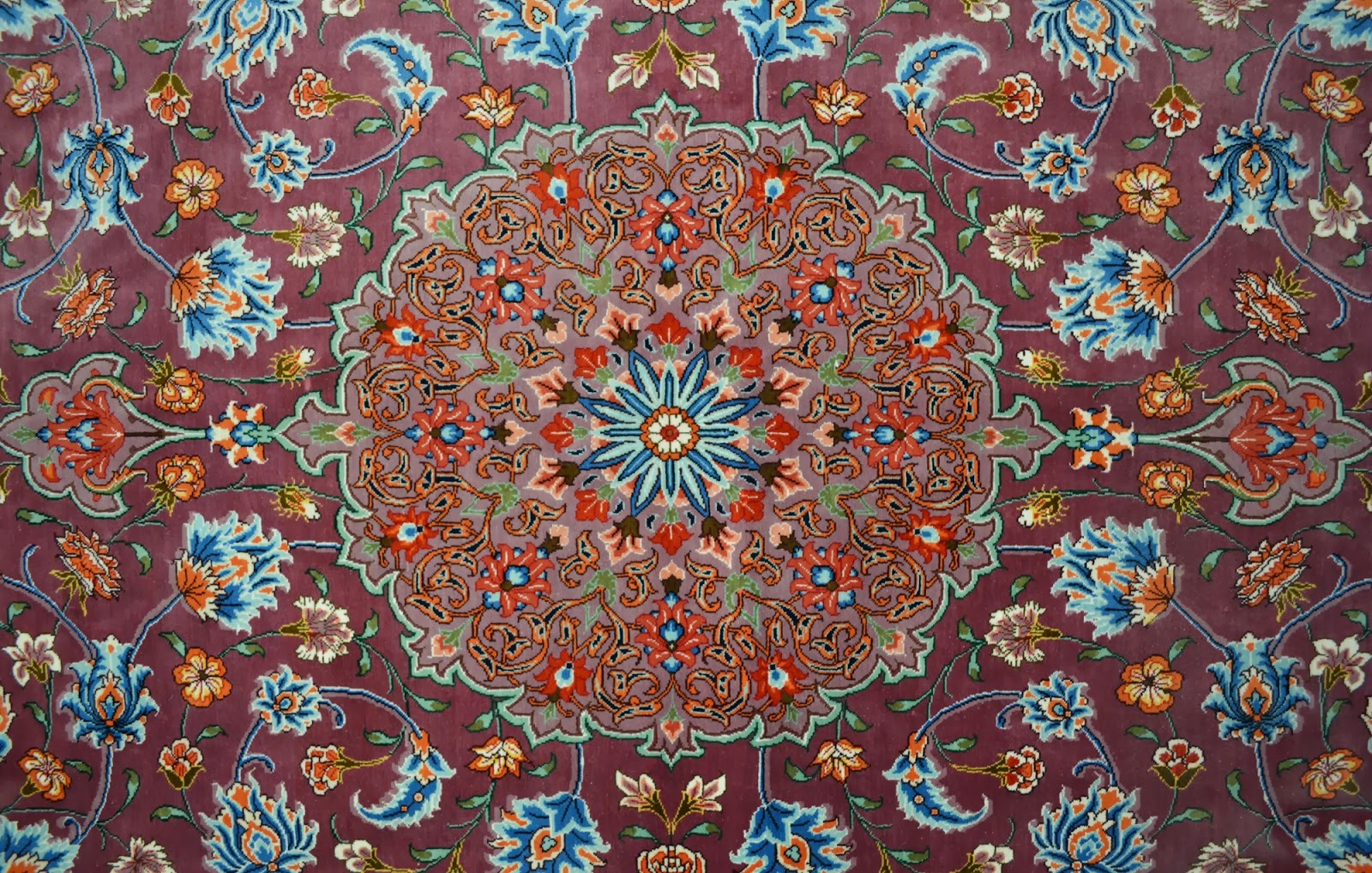 My husband fell in love with dates while living in the Middle East.  He'd bring back huge bags of them for his family at Christmastime.  It's said that in ancient times, middle eastern men would eat up to 6 pounds of dates each day!  This doesn't surprise me.  I know my husband could eat twice as many.  My kids have come to love dates just as much as their father.  Eve asks me to pack them whenever it's her turn to bring the class snack.  Consequently, she's turned her entire class into date-lovers.


No one knows when dates were first cultivated.  It's safe to say that they're as old as the history of man, himself.  There's historical evidence that dates were grown near the Caspian Sea and the Persian Gulf as far back as 6000 BC.  According to ancient Arabic legend, after God molded man from the earth, He used the remaining material to create a date palm which was placed in the garden of paradise.  The tree of life.  In the Qur'an, the virgin Mary was instructed to eat dates while she was pregnant to ease her pain in delivery; therefore, dates have long been credited with giving strength and vitality to pregnant women. 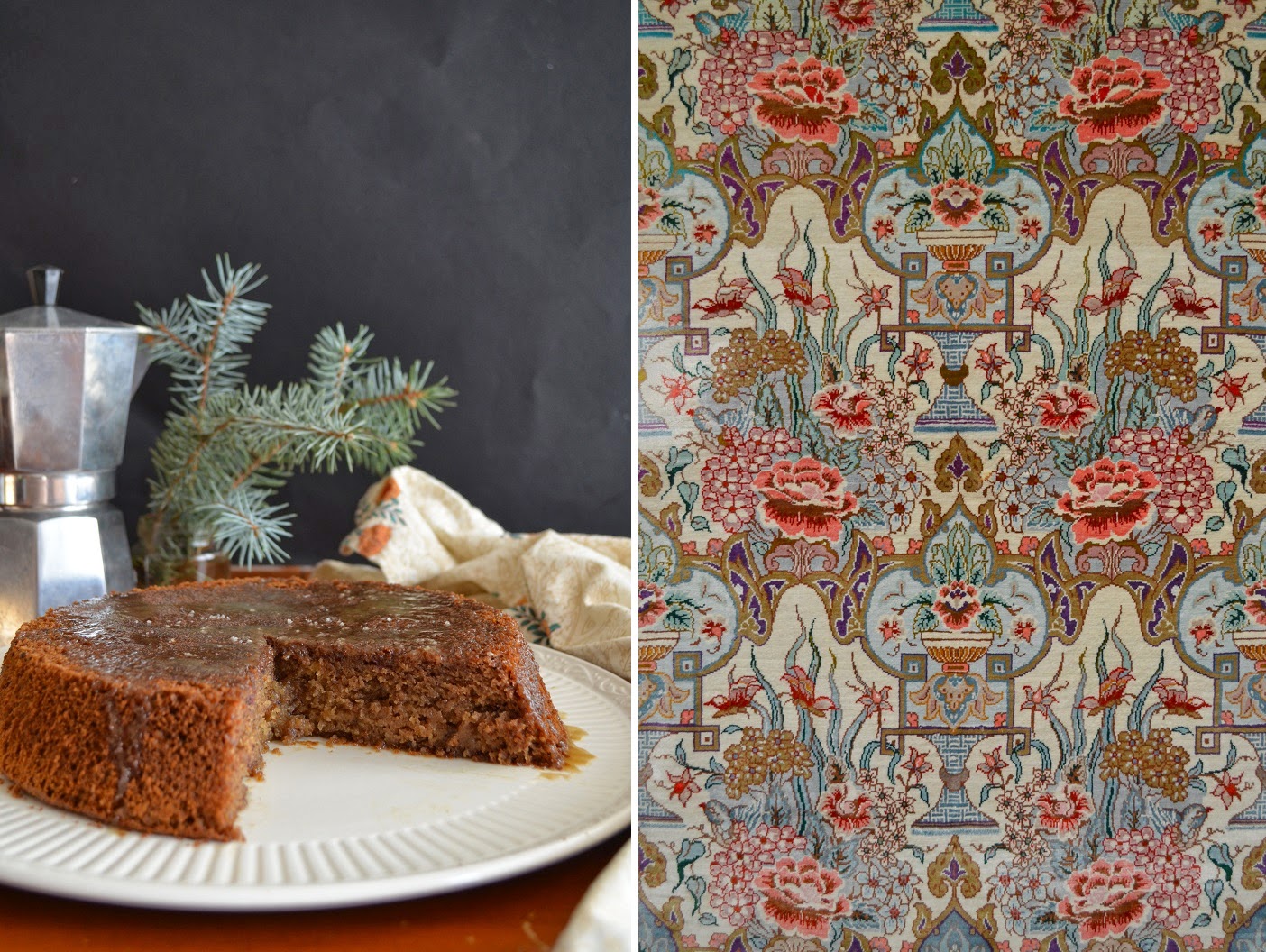 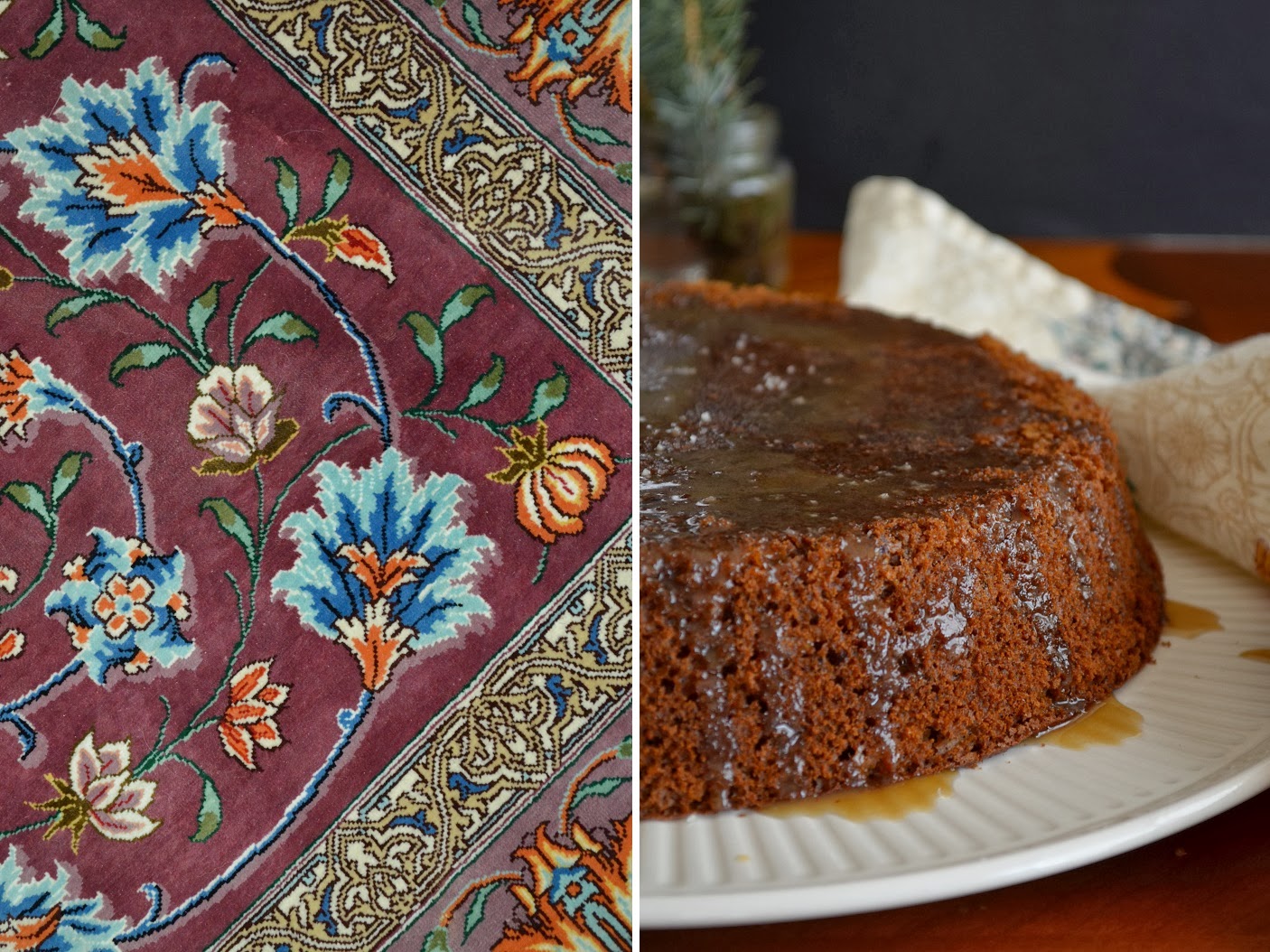 So here's the recipe for my love letter.  Just in time for Valentine's Day, or any special occasion that may be coming your way.  This cake is decadently sticky and rich, with just the right amount of salt.  The method is inspired by this recipe.  It can be served as soon as it cools but, if you have more patience than I do, it's much better left in the refrigerator for a day; the flavours need to marry, mature and become comfortable together.  It also allows the cake to firm up and the glaze to thicken.  If you plan on refrigerating it for any length of time, pour 1/3 of the glaze over the cake while it's still hot in the pan, cover tightly and place in the fridge.  Don't remove the cake from the pan until you're ready to serve it.  Store the remaining glaze in the fridge and heat it gently before spreading it on the cake.  To serve, the cake is inverted onto a serving plate, so the pan must be buttered and floured very well.  You could also line the bottom of the pan with parchment paper, but make sure this is buttered, too, so it doesn't stick.  Serve the cake with hot, black coffee brewed with a pinch of cardamom. 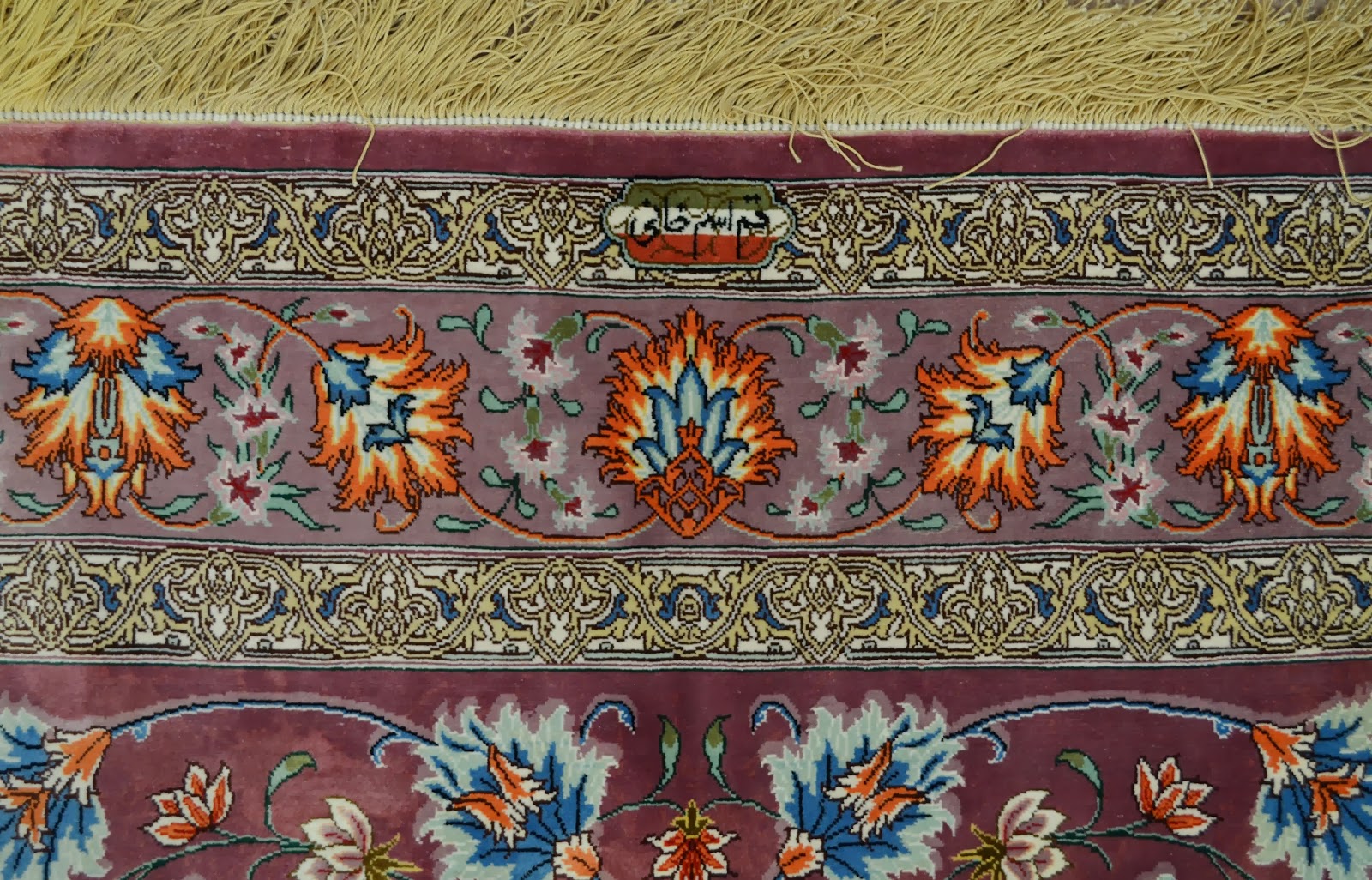 Love the combination of Maple and Dates?  Try these Maple Date Bars.  They're a healthy(ish) treat, and are always a hit in my house.

Preheat your oven to 350 F (180 C).  Butter and flour an 8 inch cake pan well.  In a small sauce pan bring the water and dates to a boil.  Simmer for 3 minutes, then remove from the heat and stir in the baking soda.  It will foam up, tenderizing the dates.  Set the mixture aside.

In a large bowl, beat the butter and sugar together until light and fluffy.  Beat in the eggs, and then the vanilla.  Add the flour and salt and beat just until evenly moist.  Now, slowly beat in the hot date mixture.  The batter will be very watery.  Last, quickly beat in the baking powder.

Pour the batter into the prepared cake pan.  Place it on a sheet pan (in case it over flows in the oven) and bake for 35 - 40 minutes, until a toothpick inserted in the center comes out clean.

While the cake is baking, make the glaze.  In a small sauce pan heat the butter, maple syrup, sugar, and cream until boiling.  Simmer, stirring constantly, for 1 - 2 minutes.  Remove from heat and stir in the vanilla and 3/4 tsp of coarse salt.

When the cake is done, poke several holes in the top with a toothpick (this will become the bottom when inverted on the serving plate).  Pour approx. 1/3 of the glaze over the cake in the pan.  This will soak into the cake as it cools.  Allow the cake to cool on a rack for at least 20 minutes, or until cool enough to handle.  (At this point it can be refrigerated until ready to serve.  Refrigerate the remaining glaze, and heat it gently before serving.)  When ready to serve, slide a knife around the edge of the pan, and carefully invert it onto a serving plate.  Shake it gently to release from the pan.  Spread the remaining glaze over the top and sprinkle with a bit more coarse salt.  Serves 8. 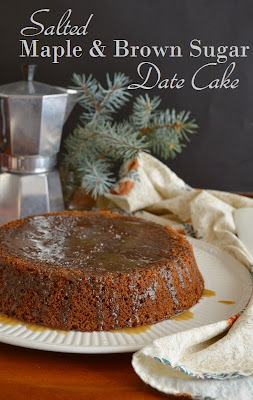