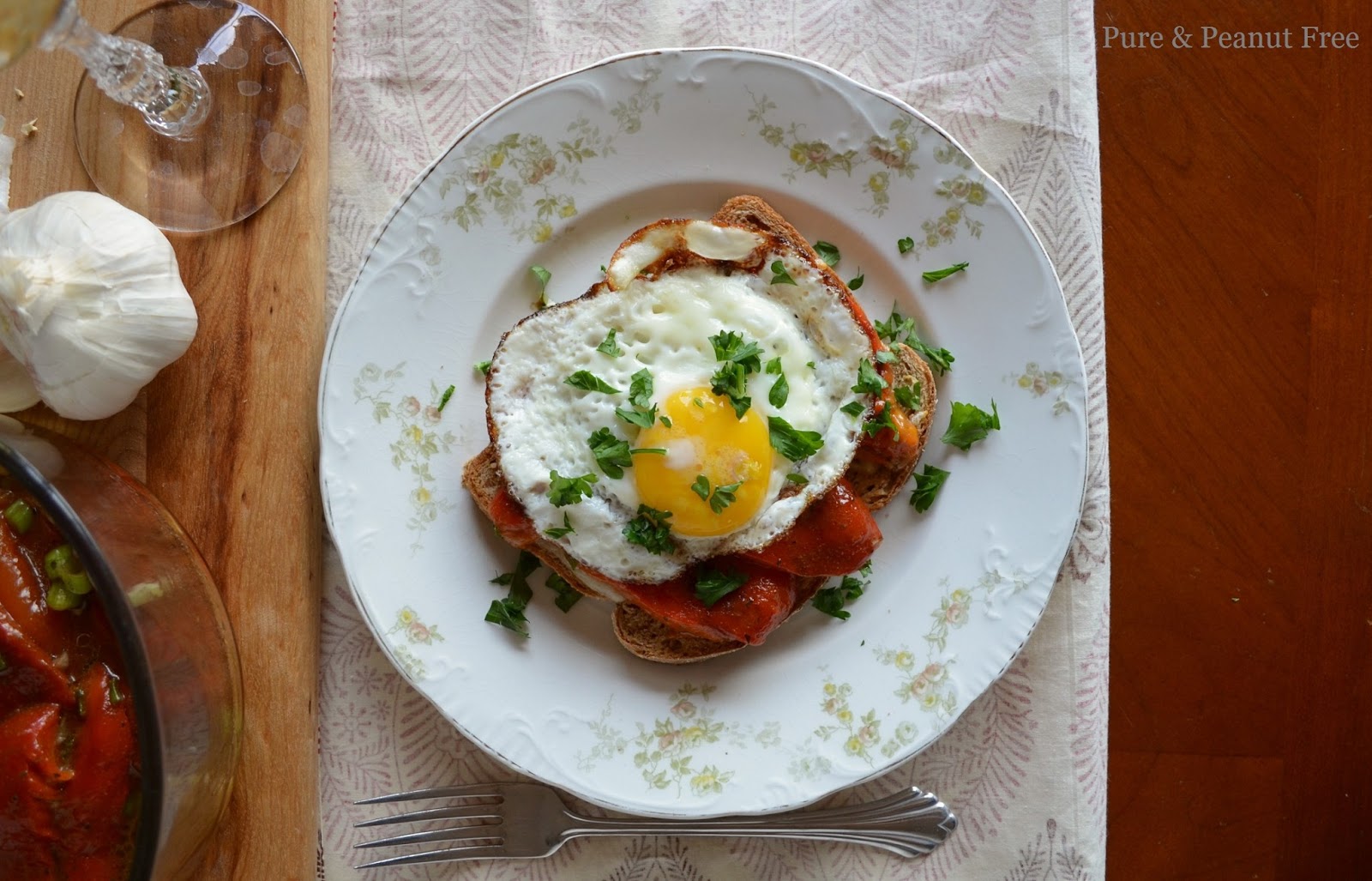 I'm not a breakfast person.  I never have been.  In fact, I don't become hungry until at least ten in the morning.  So one of the great pleasures of the weekend, for me, is to sit down with my family over a lavish weekend brunch, late in the morning at just the time hunger finally comes calling. 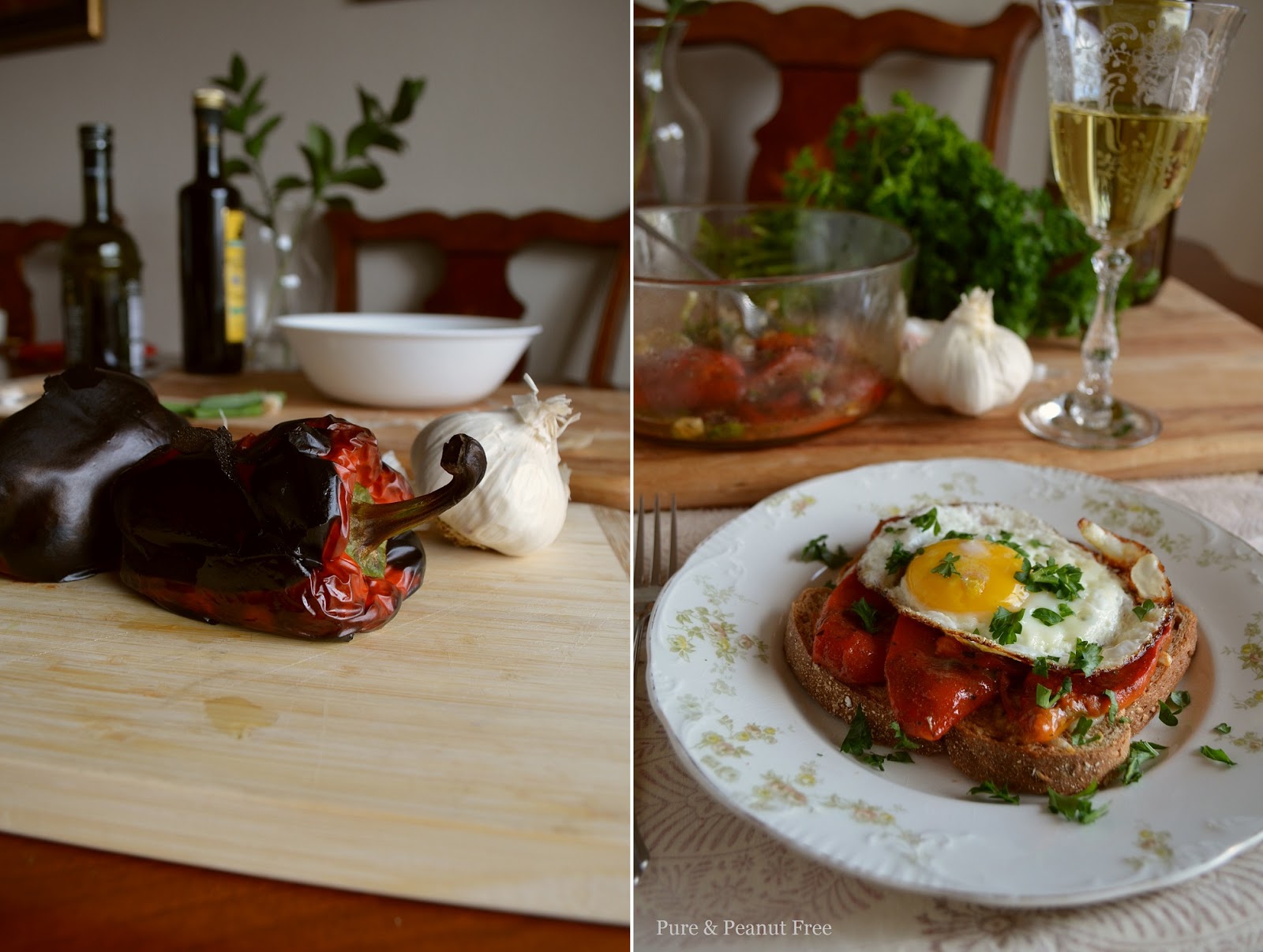 I roasted bell peppers last weekend - loads and loads of them - so that I could make this roasted red pepper soup.  I had a few left over, which I marinated.  The result was this red pepper tartine, which graced our brunch table Sunday morning.  Sunny and bright, these are like the rays of summer sunshine that dance on my bedroom wall just as I'm opening my eyes.  The peppers are roasted under the broiler until they're charred and smoky.  Then, tossed in a simple balsamic marinade, they sit in the fridge overnight.  In the morning, when the coffee pot is half empty and I've finally changed from my bathrobe, all that remains to be done is the simple job of cooking the eggs and assembling the tartines.  And, since the extent of my morning cooking ability doesn't extend far beyond that, I call this the perfect morning meal. 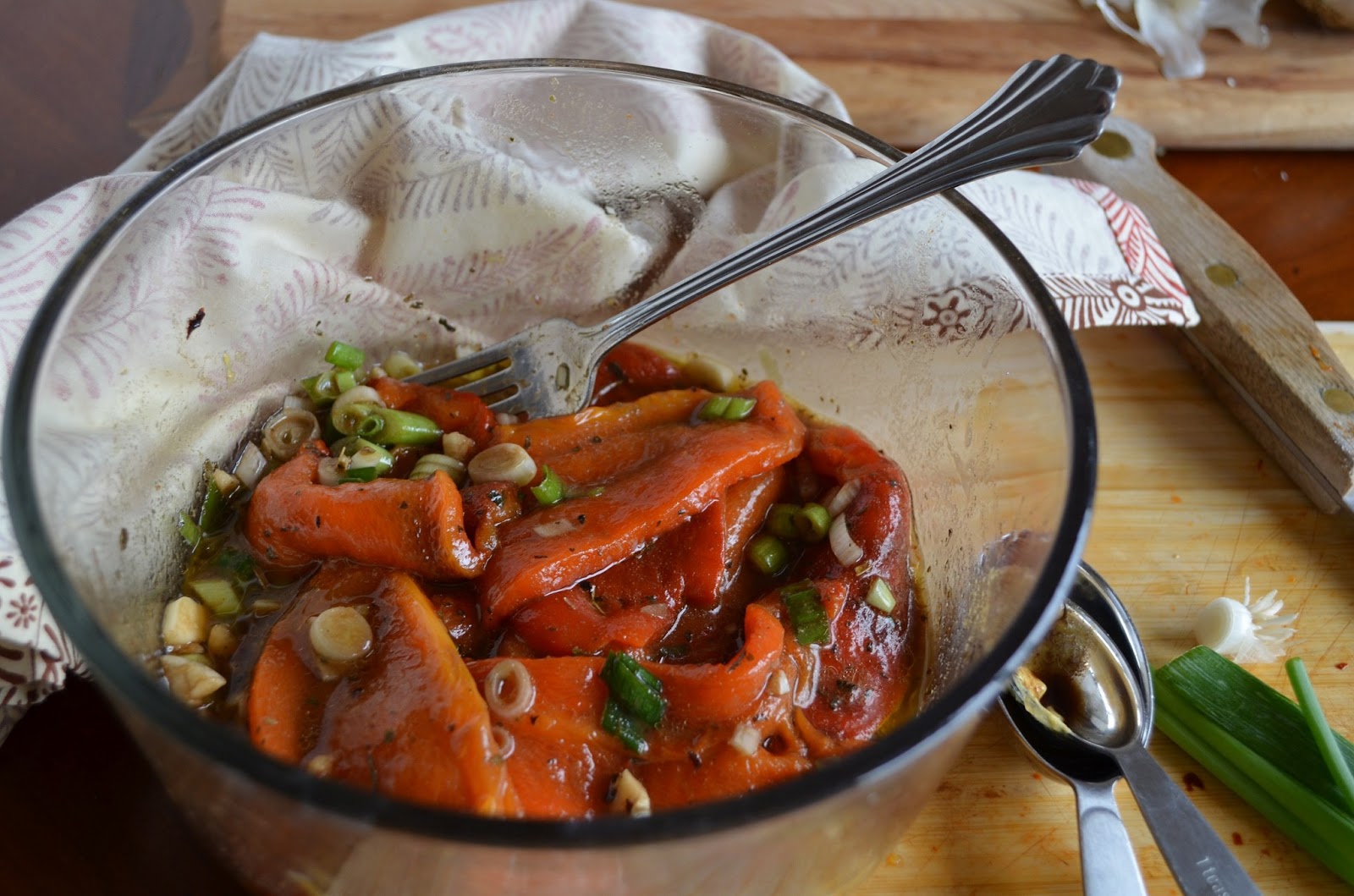 Meanwhile whisk together the remaining ingredients.  When the peppers are cool enough to handle, peel off the black, charred skin (it will peel off very easily).  Cut the peppers in half and remove the seeds.  Then cut them into strips and toss with the marinade.  Cover and refrigerate overnight (or for at least 4 hours).

gluten-free bread (I like Udi's gf, nut-free bread) or whole grain bread (1 slice per serving)
grated mozzarella or a mix of mozzarella and parmesan (2 Tbsp per serving, approx.)
marinated peppers (2 - 3 slices per serving)
eggs (1 per serving)
salt and pepper
chopped basil or parsley to garnish

Place the cheese on each slice of bread and toast or broil until the cheese is bubbly and beginning to brown.  Meanwhile, season and fry the eggs to your preferred doneness. Top each slice of toasted bread with 2 - 3 slices of peppers and an egg, and sprinkle the herbs over top. 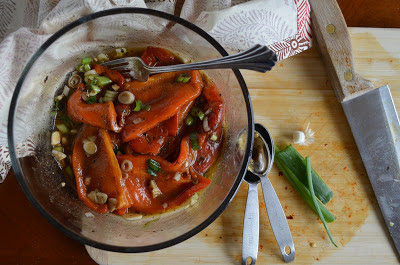