The Journey Continues with Oral Challenge #1 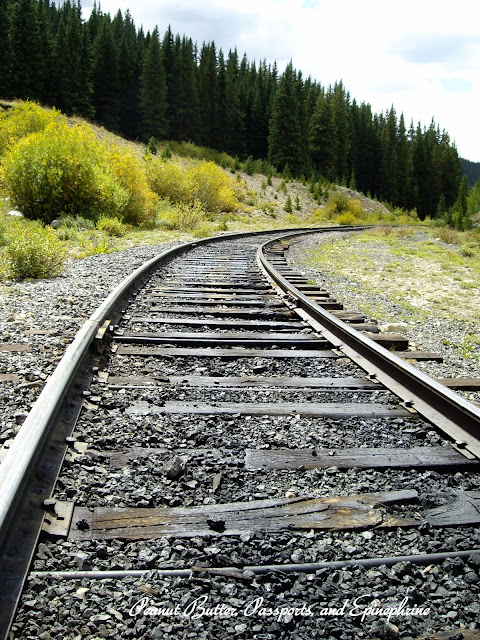 The last, lazy, blissful week of summer we spent traveling in the mountains. It was a much-needed, successful trip.  And by successful I mean that Eve didn't have an allergic reaction, because, as we all know, allergic reactions are the means by which we, as allergy parents, measure success.  No?  I'm excited to share the trip with you; the photos, the food, the steps we took to keep Sweet Eve safe, but first I wanted to tell you about the day after our return.

If you've read my story, you know the details of Eve's first anaphylactic reaction.  I felt sure it was caused by walnuts hidden in an oatmeal cookie.  (Though I now know that there were peanuts hidden in that detestable cookie, and a minefield of peanut butter cookie crumbs strewn across her plate.)  The results of her first skin prick test showed a very severe reaction to peanuts, and mild reactions to most tree nuts.  Still we've avoided both for most of her life.  Her most recent skin prick test showed no reaction to all tree nuts except walnuts, a moderate reaction to all shellfish, and a still severe reaction to peanuts.  We chose to have the RAST (blood) test preformed to confirm the results.  That test concluded, with double negatives, that she shouldn't react to most tree nuts or shellfish.  Still, you can never be too sure with food allergies.

What does this mean?  It means that we've embarked on the next stage of our journey.  It means that, under her doctor's strict supervision and guidance, we can begin oral challenges to tree nuts and shellfish, which is the only sure way to determine whether a reaction will occur.  Her doctor suggested we begin with almonds, which I've read is the least allergenic of the tree nuts (though don't quote me on that). 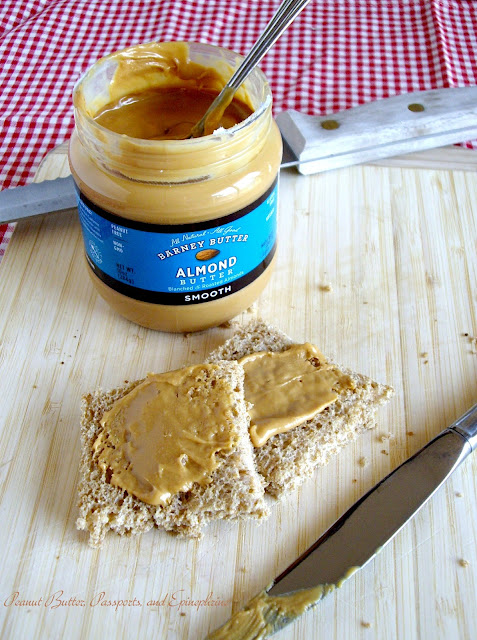 So, at 8:15 am on Wednesday morning Eve and I walked into the doctor's office with a jar of Barney Butter, and I confronted, face to face, a monstrous fear that has haunted my nightmares for the last two and a half years.  I allowed my little girl to eat something that we've avoided like the plague her entire life.  The apprehension kept me up throughout the night, yet I tried not to let my fear show, and Eve was cheerful as the challenge began.

It started with a dab of almond butter on her lips.  Just a tiny dot.  The nurse set a timer for 15 minutes and we waited.  I was nearly sick as the minutes ticked by in a painfully slow, taunting cadence.  My eyes didn't leave that angelic face as I searched for the look of horror which has been branded into the recesses of my mind since her first reaction - that awful look of helpless, silent panic that tells me something is very, very wrong.  Still Eve played happily on the floor.

When the timer finally rang the nurse placed a tiny bit on her tongue, and gave her a glass of water to wash it down.  I don't think I took a single breath the entire fifteen minutes that followed.  Though I love almonds, the smell on my little girl's face made me nauseous, and I kept reminding myself over and over that we were in the safest place.  The minutes dragged on, still Eve played happily.

The next dose of almond butter was twice as much as the last - nearly 1/2 teaspoon, and fifteen long minutes later Eve was contentedly playing.  My apprehension morphed slowly into tentative elation as the amount of almond butter doubled every fifteen minutes.  Could it be that she'll be okay?

Three hours later I held back tears as we left the office.  Eve was officially not allergic to almonds, and I felt as if a massive part of the weight which has been anchored upon my shoulders for the last two and a half years had just been lifted. 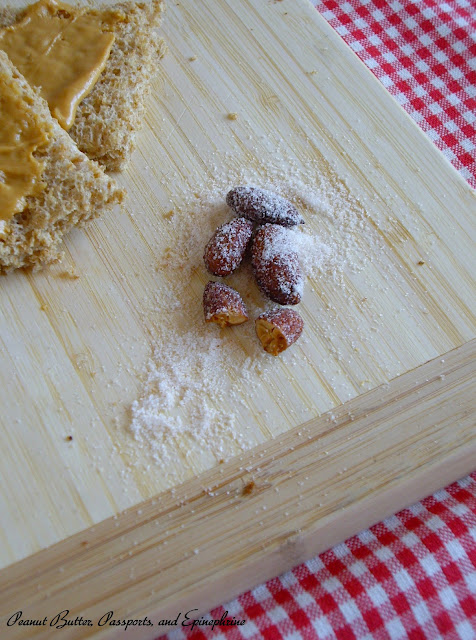 Many people have asked me: Why put her through that?  Why not continue to avoid tree nuts altogether because of the very serious risk of cross contamination?  My perspective on food allergies is a little different from others' - rather than focus on avoidance, I focus on inclusion.  I focus on the foods she can eat and I want my my daughter's diet and palate to be as well-rounded as possible.  I feel it's especially important for people with food allergies to eat a variety of foods, as many as they can tolerate.

Due to her severe peanut allergy, her risk of developing an allergy to tree nuts is significantly higher if left unexposed.  I don't want to take that chance.  Nuts are "hidden" in foods much more frequently than peanuts. Be it almond flour in macaroons or marzipan, ground hazelnuts in baked goods, or pine nuts in pesto, and I feel there's a much higher risk of accidentally ingesting them than there is peanuts.

Nuts are so healthy, such a good source of protein, and they are important to a balanced diet.  If my daughter has the ability to eat them, by all means I want her to get all the nutritional benefits from them.  Kids' diets should be as varied as possible to ensure an optimal balance of the nutrients needed for growth and development.  Every bite needs to count.

Please know that I take food allergies very seriously, and an oral challenge is not to be approached lightly.  It should only be conducted under the recommendation and supervision of an allergist in the proper medical facility.  And only after all the necessary tests have be performed, and your allergist concludes that a challenge is appropriate.  Every case is different.  An oral challenge should never, ever be preformed at home.  However, if your child's doctor approves, I would highly encourage you take the next step on your journey.  Just knowing that there is one less food out there waiting to kill my daughter is liberating beyond words.
Posted by Rebecca
Labels: almonds, EpiPen, food philosophy, peanut allergy