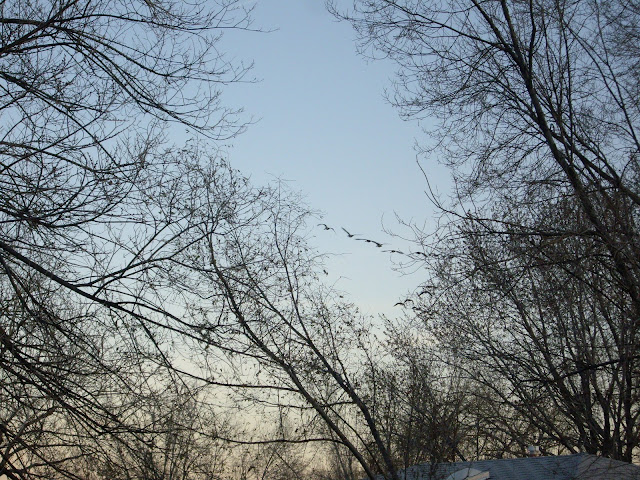 Here I sit with my morning coffee, gazing out the window at a dry and frozen world.  A flock of  noisy Canadian geese serenade me as they soar effortlessly through the thin air above the bare trees.  It's less than a week before Christmas and I'm mentally checking off items from my to-do lists.  The house is simply decorated.  The shopping is done.  The presents are wrapped.  Christmas dinner is planned.  The Christmas cookies are bak--  Oh wait!  I haven't even given a thought to the cookies Santa will be enjoying at our house this year!


Given that, after a tumultuous year, my Christmas theme is SIMPLICITY, I think I'll make the simple, rich cookies of my childhood.  Cookies I learned to bake in my very first culinary school: My grandmother's kitchen. 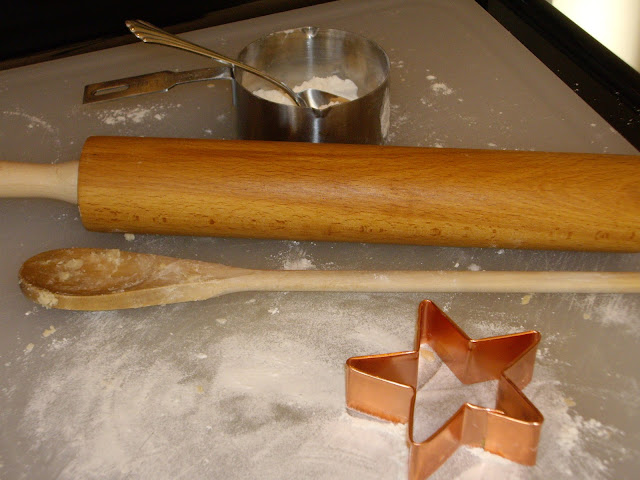 Grandma H's warm kitchen faced west and was illuminated by the soft rays of the setting sun at dinnertime.  As a child of Irish immigrants who settled in Chicago, she was fiercely proud of her heritage.  After the sudden death of her mother, she fed and cared for her father, sister, and little brother during the Great Depression.  She then raised three hearty, hungry boys, one of whom is my father.  She could do a lot with very little and we always ate well when we visited her house.  Grandma H poured her heart and soul into the food she lovingly prepared for us.  Heavily influenced by the modest food of Ireland and the opulence of Chicago-style cuisine, I inherited my love of cooking and food from her. 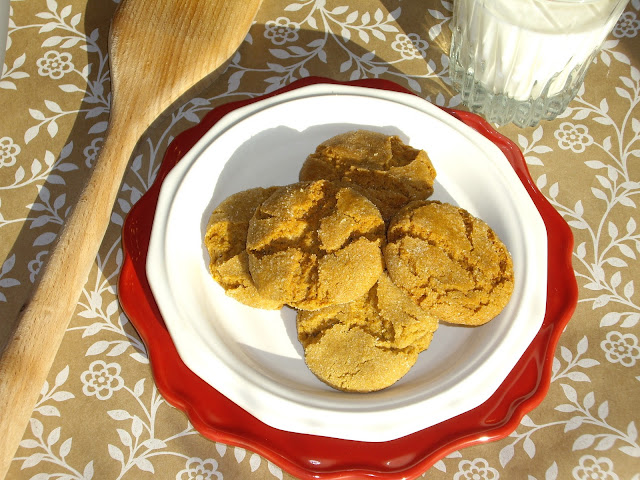 I remember when I was very little she would make us Chicago-style hot dogs reminiscent of the ones she ate at Wrigley Field while watching her father play baseball.  I'm telling you, this woman deserved a world record for the amount of condiments she could fit between those two pieces of bread.  This was long before we had Food Network or foodie blogs to tell us what we can and cannot eat.  Back in the day when we ate food that was passed down through the generations, and I'm proud to say that Wrigley Field Hot Dogs are part of my culinary heritage. 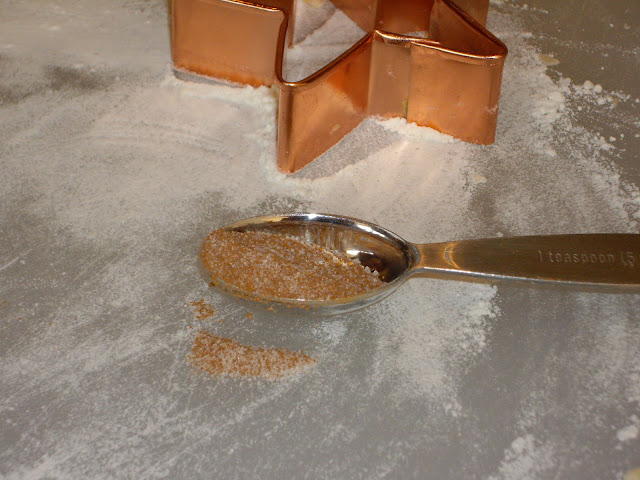 At Christmastime, Grandma H would always bake Cookie Jar Ginger Snaps, though I don't believe they ever actually made it to the cookie jar.  They were quickly snatched up still hot off the cookie sheet.  Crisp, spicy, warm - these are my all-time favorite Christmas Cookies, and I personally know that they're Santa's as well.  My Grandma would always rave about the molasses in these cookies, then she'd tell us to hold onto our tongue (literally) and say "Molasses on the table."  What does that sound like?  She'd laugh infectiously, and soon everyone was laughing. 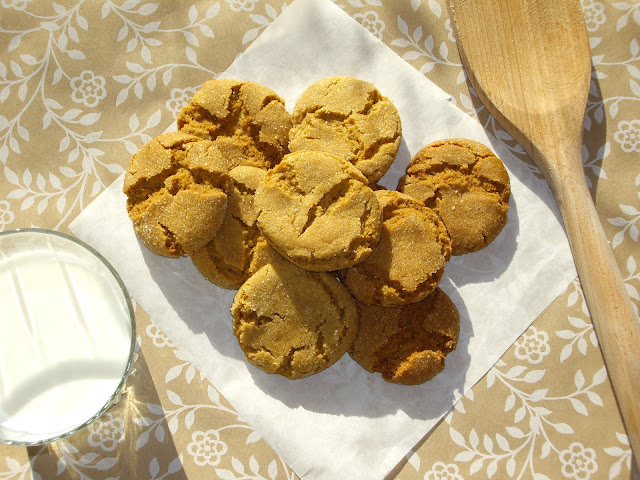 Now let me take you across the country, through the Rocky Mountains to the Land of Enchantment where my other grandmother settled and raised her three girls.  My mother and her sisters grew up in a deeply spiritual land where the peaceful souls of Native Americans drifted like crystalline snow and pinon smoke on the North wind.  It's also a hard land of clay and fire that's now haunted by the dark history of war and the sad ghosts of thousands of men, women, and children who were led into eternity by the searing hands of the Atomic bomb. 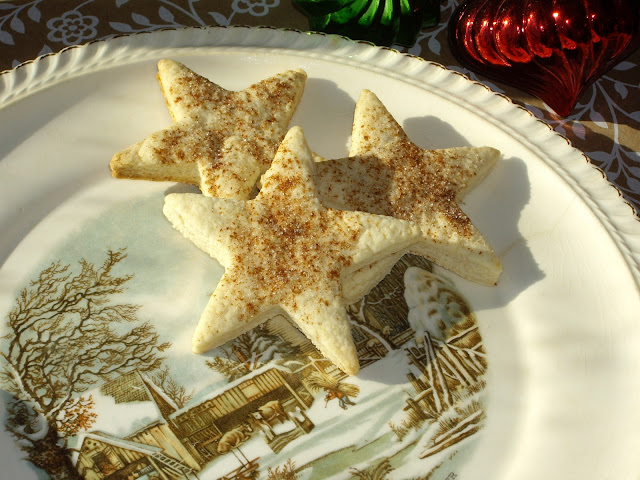 There is no where on Earth like New Mexico.  I spent many Christmases here with Grandma C, surrounded by the soft glow of the snow covered farolitos.  Grandma C's cooking is a colorful, finely woven tapestry of Native American, Mexican, and traditional American flavors.  Every Christmas we'd find Biscochitos, tucked neatly into pretty, tin Christmas boxes, waiting for us. 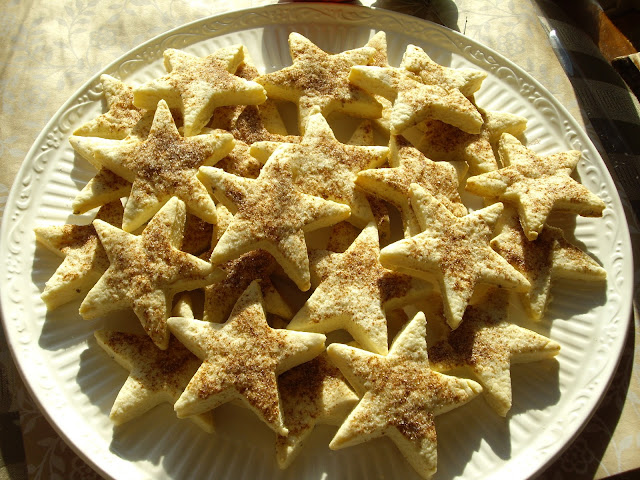 Preheat your oven to 350 degrees F (176 C).  Sift together the first five ingredients and set aside.  Cream the shortening and butter until fluffy, then beat in the egg and molasses.  Stir in the dry ingredients and mix well.  Roll a tablespoon of dough in your hands to form a ball.  Roll the ball in the extra sugar and place on a parchment lined cookie sheet or a baking stone.  Continuing rolling balls and place them 2 inches apart on the cookie sheet.  Bake for 12 to 15 minutes until the tops are slightly rounded, crackly, and lightly browned.

*you know I'm not a big fan of shortening, but in this case it's the only thing that works.  Believe me, I've tried every alternative and nothing came out quite right.  And I figure a little shortening at Christmas time never hurt anyone. 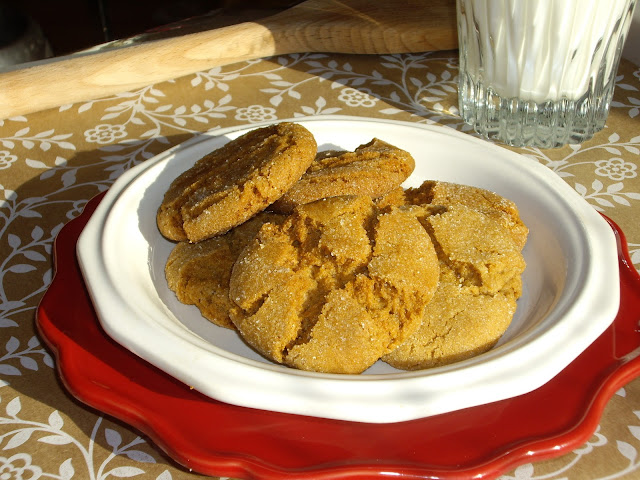 Biscochitos
This recipe is for authentic Biscochitos.  They are only slightly sweet, and lightly flavored by anise seed and cinnamon.  They are soft and flaky, and should almost melt in your mouth.  If you prefer a sweeter cookie, I recommend making a white, sugar cookie with a little anise seed mixed into the dough.

Preheat your oven to 360 degrees F (180 C).  Line a cookie sheet with parchment paper (I usually cook these on a pizza stone that has not been preheated.)

Mix together 2 tsp of sugar and 1/2 tsp of cinnamon and set aside.  Cream the butter and 1/2 cup of sugar until fluffy and beat in the vanilla.  Mix the flour, anise, baking powder, and salt.  Alternate adding the flour and the water to the butter and sugar mixture.  Flour your work surface and knead the dough a few times.  Then roll out to 3/8 inch thickness.  Cut into star shapes (traditionally Biscochitos are cut into diamonds, but we always made them stars for Christmas).  Place on cookie sheets and sprinkle liberally with the cinnamon sugar.  Bake 13-14 minutes until very slightly golden on the edges. 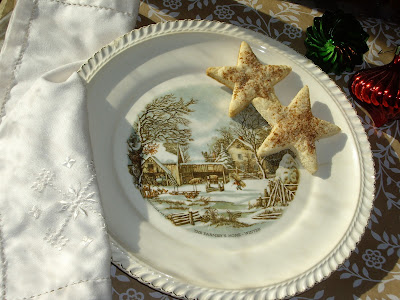