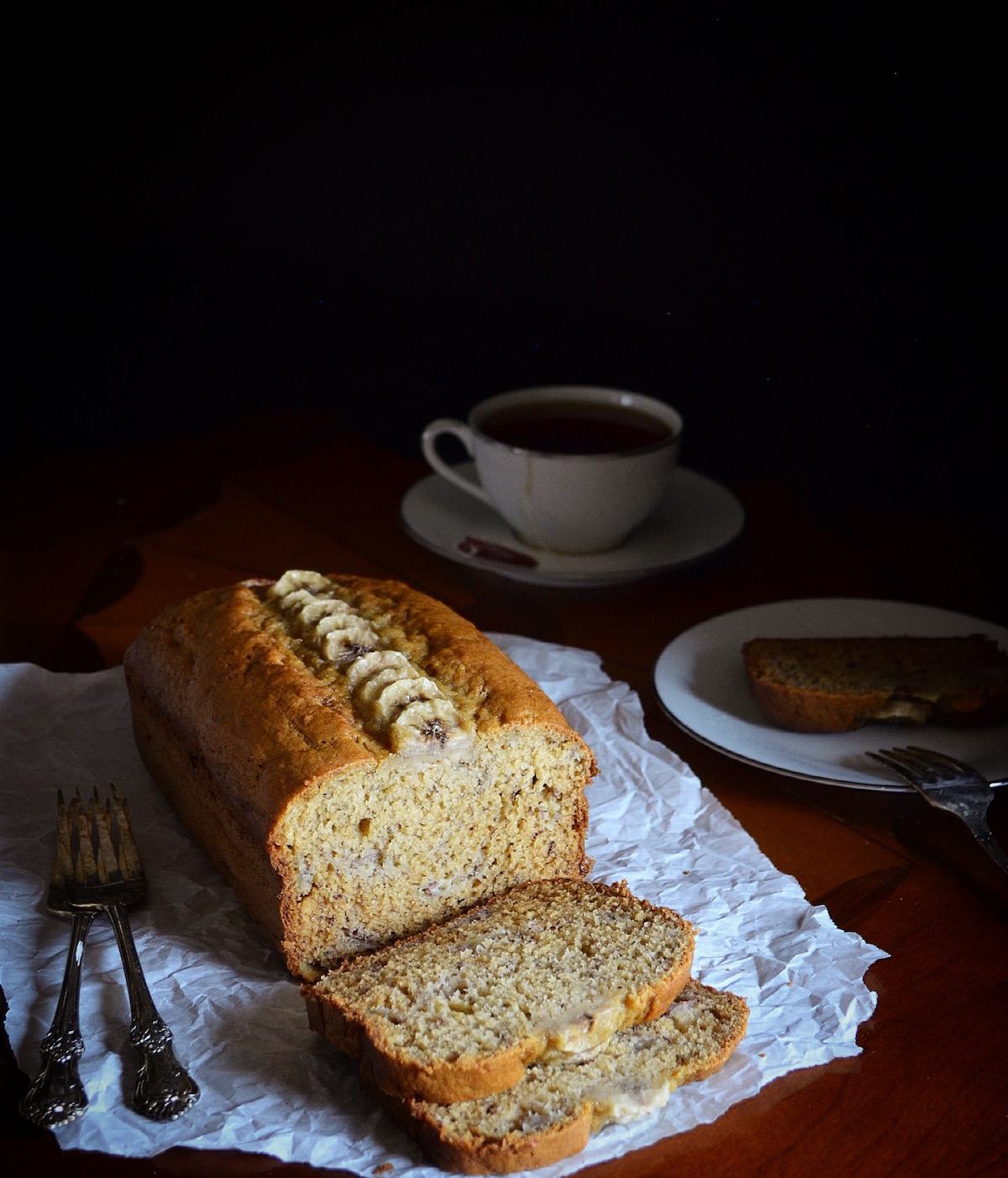 
After a little investigation, some research and several attempts at lacing the clues together - adding a teaspoon of flour here and there, increasing the amount of bananas, cutting the butter - I closed the case with the recipe below.  It's deliciously moist on the inside with a crispy, crunchy crust that rises evenly, even at high elevation.  Perfect right out of the oven, which is how the kids like it, but even better the next day, toasted with a big pat of butter... which is how I like it.

If you don't happen to live somewhere that's high in elevation, this recipe should still work with only minor variations in texture.   Strangely enough I've found that most high-altitude recipes work at lower elevations, but not vice-versa.  The plot thickens!  I'd love to hear how it turns out for you.

In a large bowl, beat the butter and sugar until light and fluffy.  Whisk together the flour, salt, cinnamon, baking soda and powder.  Gradually add this mixture to the butter and beat until just combined.  Beat in the eggs and vanilla.  Peel and mash 2 bananas and fold this into the batter until uniform.  Pour/scrape the batter into the prepared loaf pan.  Slice the remaining banana and lay it lengthwise on top of the batter.  Sprinkle with a little white sugar if desired.

Bake in the preheated oven for 55 - 60 minutes, or until a toothpick inserted in the middle of the loaf comes out clean.  Cool in the pan before removing and slicing.