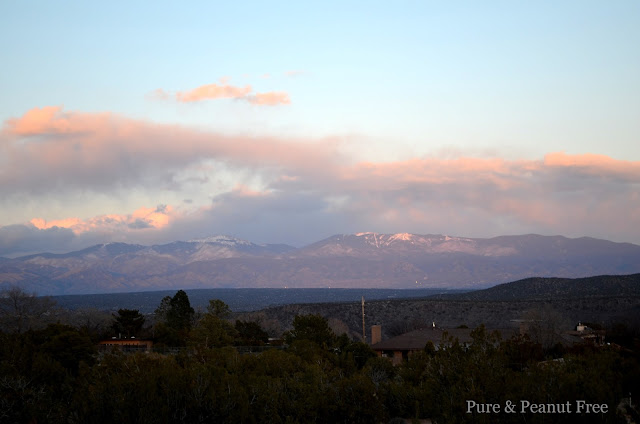 We spent the week before Easter exploring Santa Fe - a town that is at once both comfortably familiar and mysteriously foreign.  A town so full of contradictions, as is all of The Land of Enchantment, that I find it impossible to wrap my head around.  Yet,  I spent my childhood summers playing in the mountains outside of town and it always feels like home.

The sidewalk in front of the Palace of the Governors (the oldest building in the United States, by the way) is covered in brightly woven blankets, each adorned with an assortment of handmade, Native American goods - rose gold necklaces, turquoise bracelets set in bright silver, soft leather pouches of all sorts and sizes,  wooden drums, cork guns, and trinkets for the children, and Eve's favourite - pretty dolls with long, black hair, their dresses the brightest rainbow of colours.  The local peddlers sit behind each blanket, nestled into the warm, adobe wall.  Bundled tightly in blankets and hoods, their friendly, weather-beaten faces are creased with smile lines and their eyes glow warmly despite the cold wind that blows in fierce gusts down the street.  The sound of laughter floats our way from the plaza nearby.  A hundred local children are chasing the pigeons from benches and fences and watching them fly to the safety of the eves on the palace roof, squawking their disapproval.  And, though it's Monday afternoon, a street band plays festive music in front of the obelisk in the centre of the plaza. 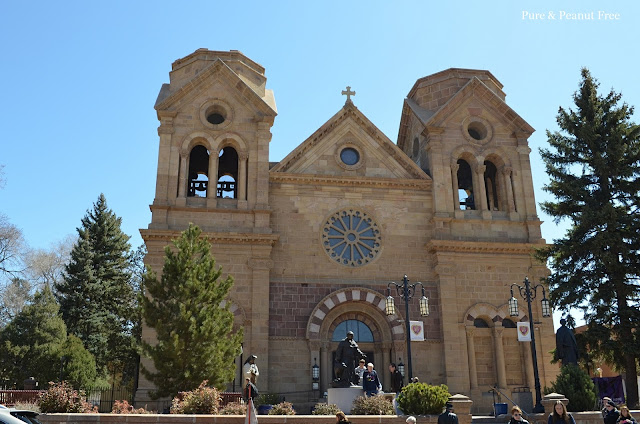 The Cathedral Basilica of Saint Francis of Assisi is an imposing building just up the street.  The doors remind me of those at the Basilica di Santa Maria del Fiore in Florence, Italy.  Inside, the building opens up like some of the most beautiful cathedrals in Europe.  The walls are lined with stained glass images of the saints, and incense and candle wax perfume the air.  We watch quietly as a family lights a candle for a loved one, and I think how could anyone not feel at peace in a place like this? 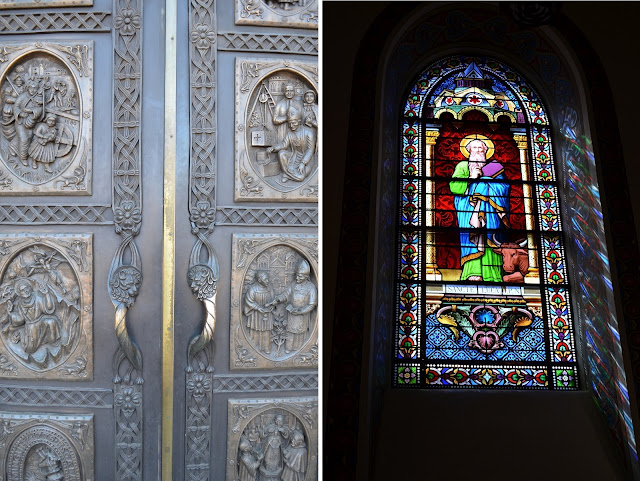 I don't want to leave, but it's late, and I know my parking meter is running low.  The wind catches our hair as we push the majestic doors back open and we're reminded, once again, just how cold the wind can be here in early spring. 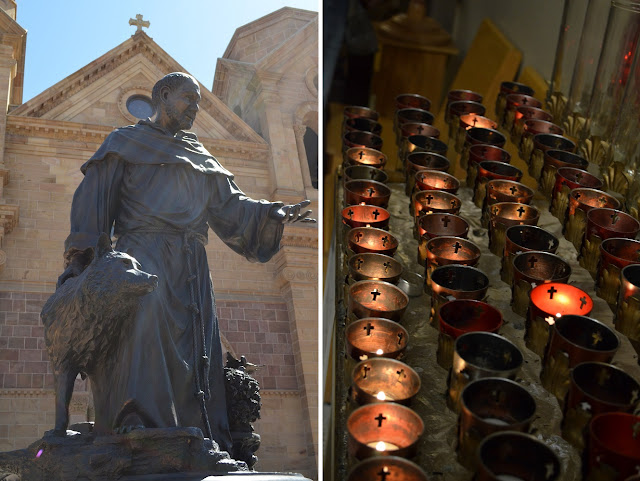 We decided to get a late lunch at the Blue Corn Cafe (133 Water St.) before heading out.  A place that's renown for the spice of their green chile.  I was so impressed by the care with which they handled Eve's allergies, and though they don't have an allergen menu, I felt sure that Eve's food would be safe.  I had the Green Chile Stew, which was a tantelizing mix of all my favourite New Mexican flavours - hominy, pork, potatoes, and of course green chiles.  It was served with a thick, homemade flour tortilla and a fresh sopaipilla.  After one bite it was clear why this place is famous for their spice.  My tongue was on fire!  But it was delicious, none the less, and I knew that I must recreate this dish at home.  Ideas began swirling in my head.  I'd tone down the spices just a bit and freshen it up with cilantro and lime. 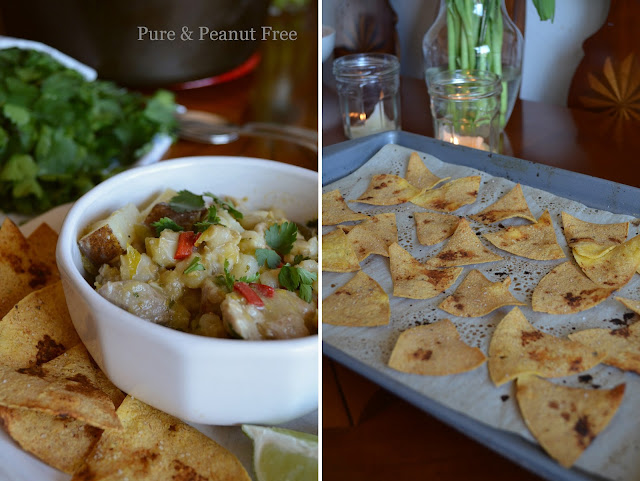 So here it is: my version of Santa Fe Green Chile Stew minus the extreme heat. I served mine with homemade, baked tortilla chip seasoned with a bit of lime and salt.  As I ate it, my heart was back in Santa Fe - a memory brought to life again through food.  I hope you will enjoy it, too.

In a large, heavy bottomed pot with a lid heat the oil and brown the meat on all sides.  Add the onion and a large pinch of salt and pepper to taste, and cook until soft.  Add the garlic and coriander and cook until fragrant (1 minute).  Pour in the chicken broth and bring to a boil.  Cover and simmer 45 minutes.

After 45 minutes stir in the potato, green chile, hominy, and Fresno chili pepper.  Cover and simmer for 25 - 30 minutes longer, until the potatoes are very soft.  Stir in the cilantro and a few drops of lime juice.  Serve with homemade tortilla chips (see recipe below) or with a white flour tortilla. 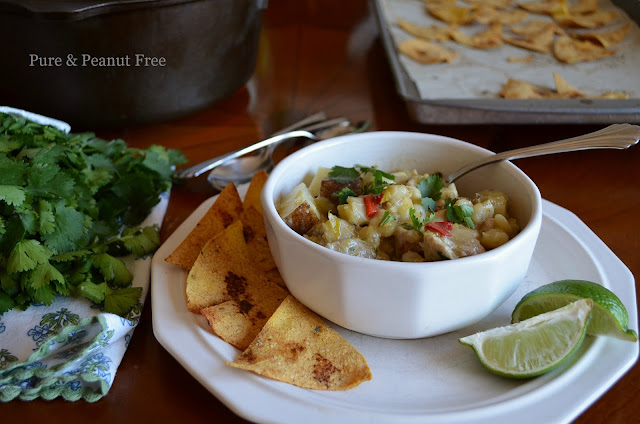 Preheat your oven to 400 F (205 C).  Line 1 or 2 baking sheets with parchment paper.  Cut each tortilla into 6 wedges (like a pie).  Lay the tortillas in a single layer on the baking sheets.  Spray them well with the olive oil.  Squeeze over a little fresh lime juice and season them with a large pinch of salt.  Bake in the preheated oven for 10 - 15 minutes until slightly brown and crispy.  Watch them carefully so they do not become too brown. 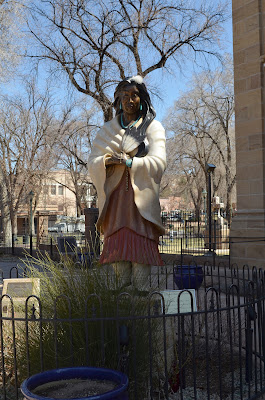